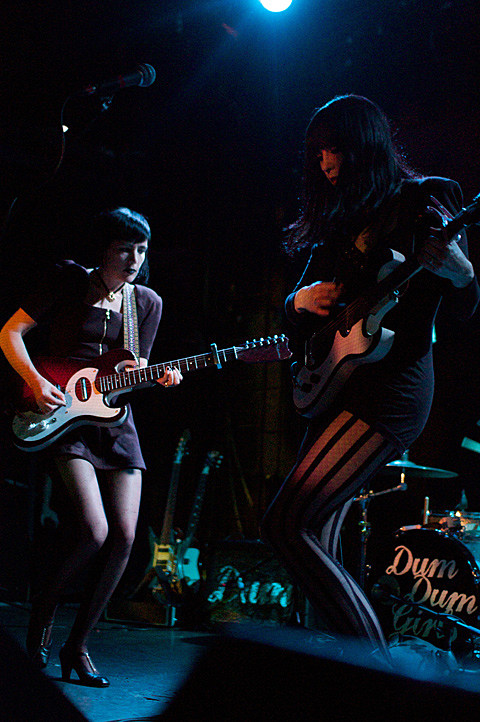 Dum Dum Girls, Crocodiles, and Woven Bones will unplug and team up for an acoustic show in NYC on May 27th at Glasslands. Tickets are on sale.

The NYC date is one of two US dates for the Dum Dum Girls, who will also play B.O.M.B. Fest in Hartford, CT with Weezer, Best Coast, Health, Titus Andronicus, and many more over over two days (5/28 & 29). Tickets are still available.

Both Crocodiles (who just played MHoW ) and The Dum Dum Girls are also scheduled to play NXNE in Toronto, and eventually, Sled Island in Calgary. Both bands also appear on the recently-released "Flowers in the Dustbin" compilation. All Dum Dum Girls dates and some recent videos below...