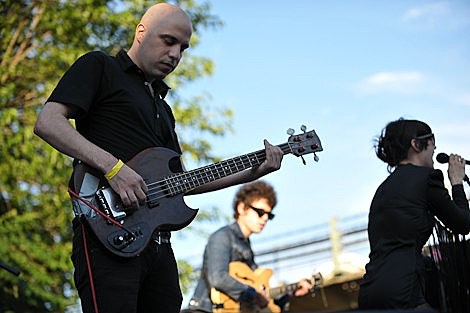 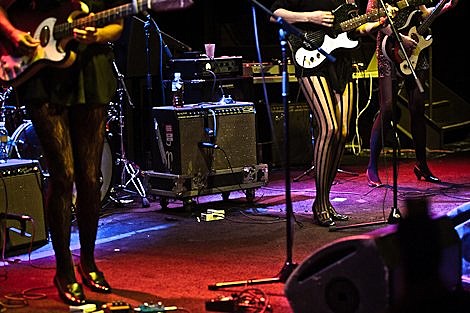 Totally true, of course. The tights, in particular.

Dum Dum Girls, from Los Angeles, is the project of singer Kristin Gundred, who goes here by Dee Dee, and who sings tart lyrics in a sweet tone buried beneath layers of haze. She has a knack for flawless song construction, her rigor dating somewhere to the late 1950s. And unlike the Vivian Girls, who manage to muster a slight optimism with a similar toolbox, Dum Dum Girls never appear happy, almost gothically gloomy. "Blissed out buzzsaw" is the descriptor on the group's MySpace page.
[Jon Caramanica @ The NY Times]

That NY Times blurb refers to the Dum Dum Girls' not-full Saturday night Mercury Lounge show. It was the Sub Pop / Hardly Art showcase and they were 2nd on the 8-band bill. The tights picture is from their not-full (private) AAM party they played at Music Hall of Williamsburg earlier that day (10/24). More pics from that below.

According to their MySpace, the Sub Pop-signed band's full member list is Dee Dee, Jules, Frankie Rose, and Bambi. And though I'm pretty sure Frankie will continue to play with the band for their upcoming short tour with King Khan and BBQ (including at Bowery Ballroom and The Bell House), and at their Monday (10/26) Brooklyn show at Bruar Falls (with The Girls at Dawn), it is unclear if Frankie will continue with them after that. As you can see above, the band has already gone through one major change since their first-ever show at the Woodsist Festival, and Frankie (ex-Vivian Girl, ex-Crystal Stilt) may be looking to just focus on her own new band (who play the Woodser on November 7th). 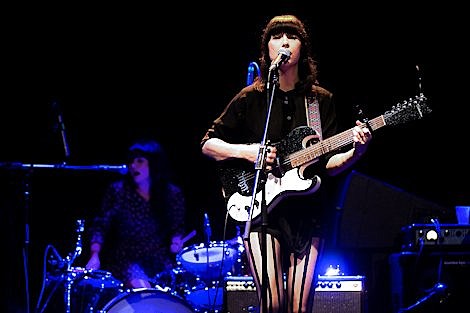 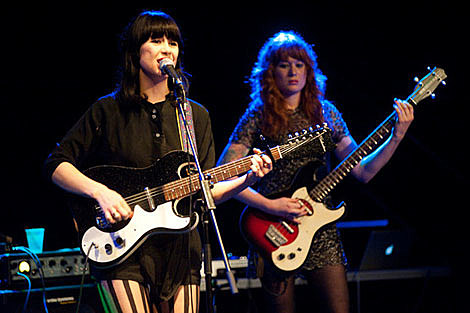 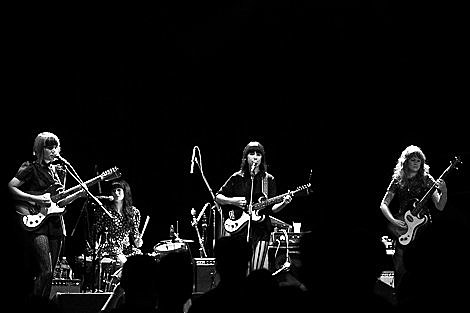 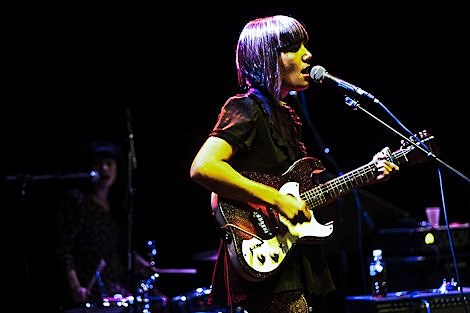 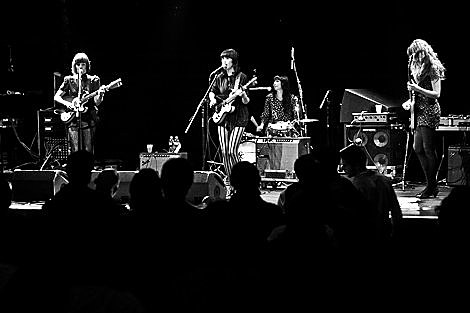 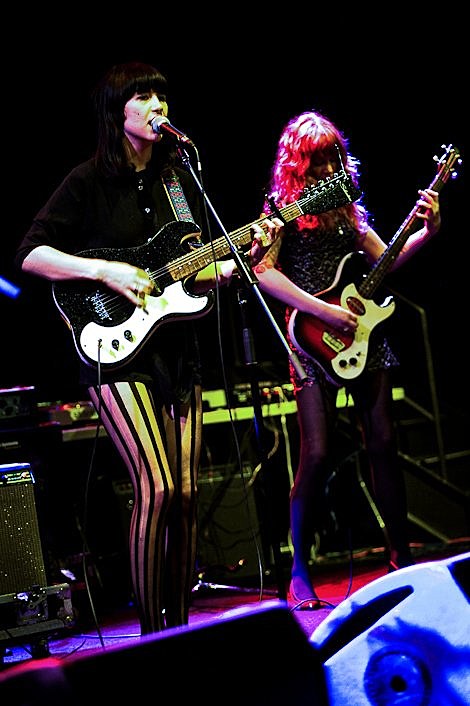 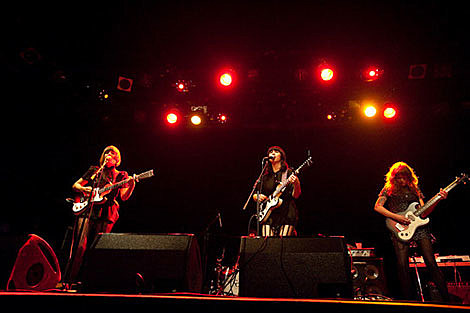