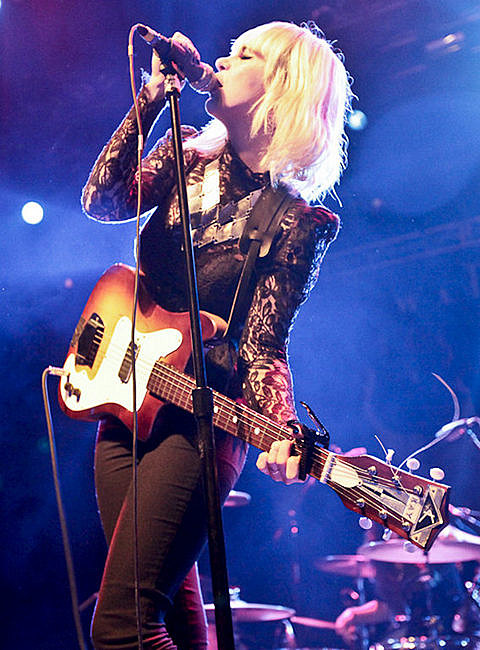 It's been a little over a year since Dum Dum Girls released the excellent End of Daze EP. Their third album has been in the works for a while now, with much of the recording happening this past spring in LA with usual suspects Richard Gottehrer and Sune Rose Wagner behind the boards. No release date for record has been announced yet. Dum Dum Girls did, however, record the theme song for Cartoon Network's animated series Beware the Batman that debuted over the summer. You can check it out in the show's opening title sequence below.

Dum Dum Girls are also playing some shows in January, though right now there are only dates for NYC and LA. The New York show happens at Mercury Lounge on January 30. Tickets go on sale Friday (10/4) at noon with an AmEx presale starting Wednesday (9/2) at noon. Might those be record release shows? We shall see.

Meanwhile, half of the DDGs (Sandy and Jules) will be in NYC during CMJ as part of SISU. Four shows have been announced: 10/16 at The Flat with Total Slacker, Hunters, Weekend and Habibi ($8 at the door); 10/17 at Shea Stadium with Billy Woods, Wreck & Reference, YC The Cynic, Guardian Alien, and Odonis Odonis; 10/18 at The Delancey w/ Thomas Azier, Psychic Twin, Spirit Animal, LE TROUBLE, Raccoon Fighter, and SWF (FREE); and 10/19 Union Pool with King Dude, Weeknight, and Zig Zags (tickets).

Dum Dum Girls and SISU dates are listed, along with the Beware the Batman theme, below.