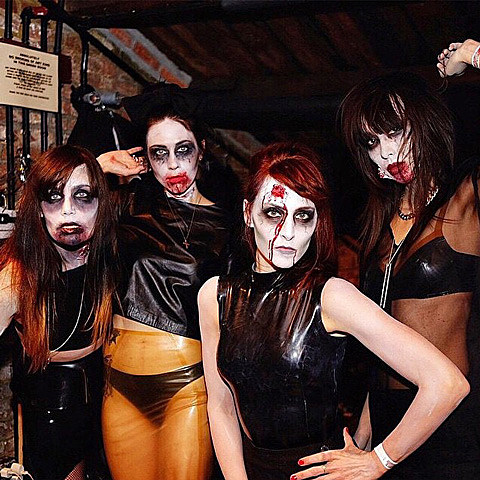 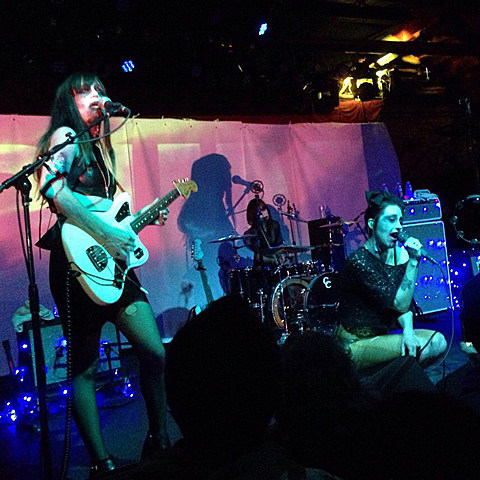 Dum Dum Girls played a Devil's Night show at Brooklyn Bowl last night (10/31) and, as a band that clearly enjoys Halloween, Dee Dee, Jules, Sandy and Malia played as flesh-eating zombies. It was also one of the last dates on their Too True tour, and as such began the show by playing the album front to back. Having seen DDGs at various points from throughout the year, this was definitely the best I've heard these Too True songs sounding live, and Dee Dee's voice in particular was in great form. The band then took a little break and came back for a second set of older songs, including a few that they don't play very often, like their lovely cover of Strawberry Switchblade's "Trees and Flowers" from the End of Daze EP. They finished off the night, appropriately, with a cover of The Cranberries' "Zombies." A short video clip of that, Dum Dum Girls' Brooklyn Bowl setlist, plus more instagrams and a few cellphone pics, below.

The night also included sets from Ex Cops who also dressed up (Amalie was in zombie mode too) and played a set comprised of all new songs, save for maybe one, from the just-released Daggers. Christines did not get in the Halloween spirit but their Swervedriver/MBV brand of shoegaze sounded good (and loud) nonetheless.

DDGs pics and video below...

Ok who did the makeup? #DeeDee #dumdumgirls #BrooklynBowl #Brooklyn #halloween 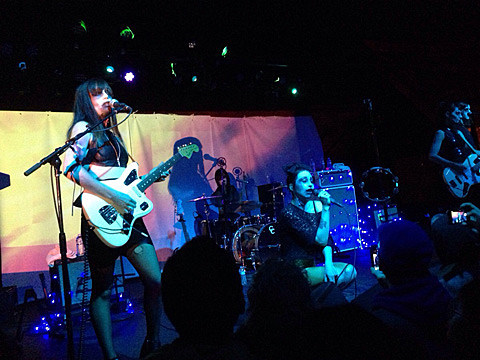 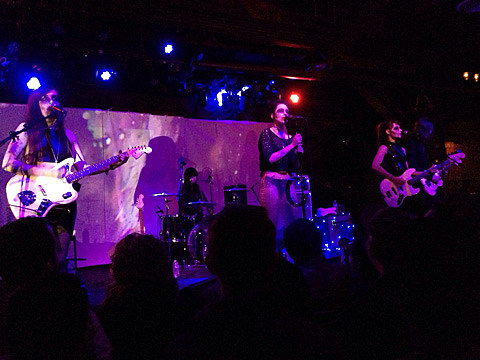 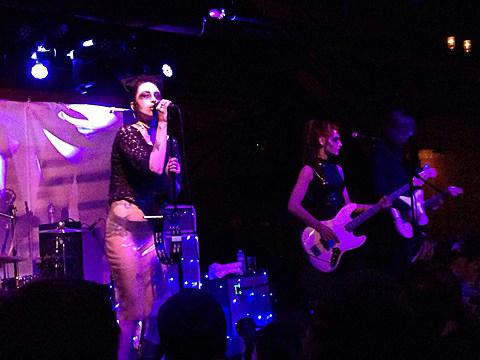 Zombie Dum Dum Girls finishing their Devil's Night show with, appropriately, a cover of the Cranberries.

SETLIST: Dum Dum Girls @ Brooklyn Bowl
Cult of Love
Evil Blooms
Rimbaud Eyes
Are You Okay?
Too True to Be Good
In the Wake of You
Lost Boys & Girls Club
Little Minx
Under These Hands
Trouble Is My Name
Girls Intuition

Second set:
Trees and Flowers (Strawberry Switchblade)
Wrong Feels Right
Lord Knows
Rest of Our Lives
It Only Takes One Night
I Got Nothing
Bedroom Eyes
Coming Down