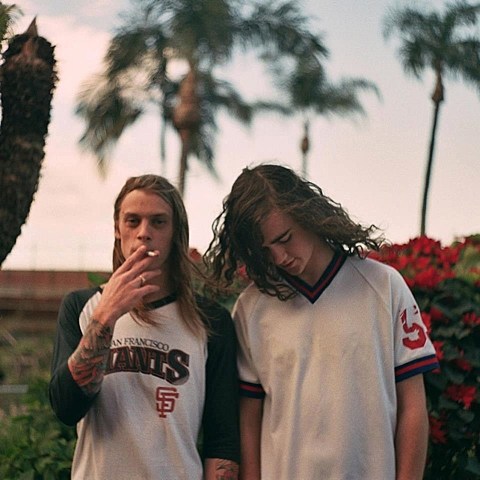 Speaking of Australia, Brisbane fuzz rock duo Dune Rats (aka Danny Beus and BC Michaels), who were one of Andy from Cake Shop's "21 Amazing Experience of 2012", surfaced with two EPs in 2011, Sexy Beach and Social Atoms, and they're planning to follow that with another EP, titled Smile, and eventually a debut full length at some point this year. No exact details on those releases exist, but the band recently released a single, "Red Light, Green Light," which you can download for free at the top of this post. It's of the Wavves-y stoner/beach rock variety and you can watch the video below, which consists entirely of both members smoking a variety of bongs (and I'm pretty sure they're actually doing it).

Dune Rats will be coming to the US for a tour surrounding SXSW this March which hits NYC on March 20 at Cake Shop (other bands TBA), March 21 at Shea Stadium with The Beets, Hard Nips, Juniper Rising, and Heeney, and March 24 at Sons of Essex. A list of all dates and the tour flyer below.

Their SXSW shows include the annual Aussie BBQ, and Dune Rats are only one of many Aussie bands coming over to Austin for SXSW, including Alpine, Flume, Kirin J Callinan, WIM, and others. The full list of Australian bands that will be at SXSW is below. 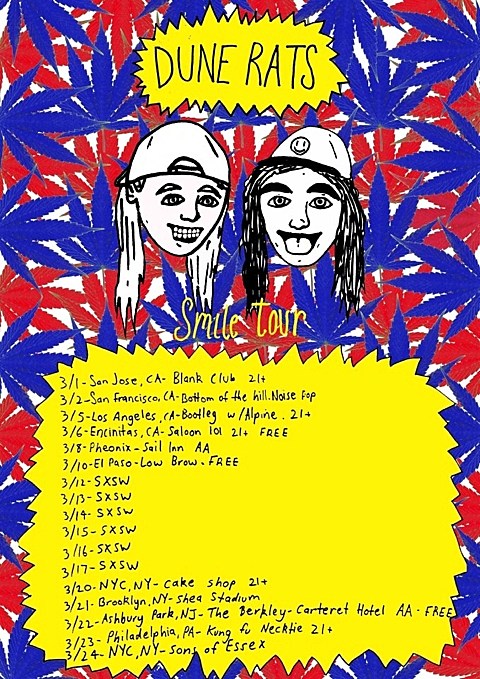