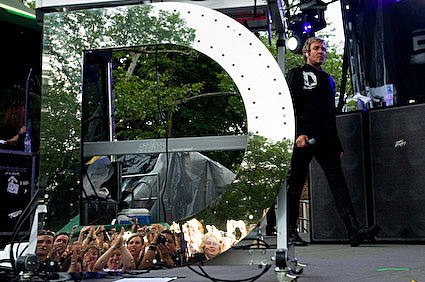 Despite the rain at times, Duran Duran played their 2nd of two shows at Central Park Summerstage in NYC last night (May 31, 2008). More pictures from the show below.... 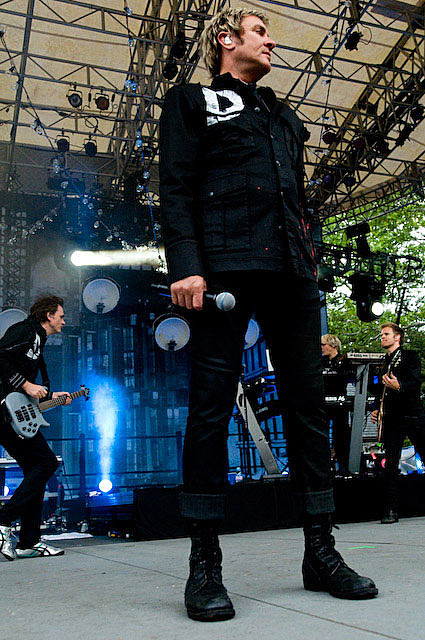 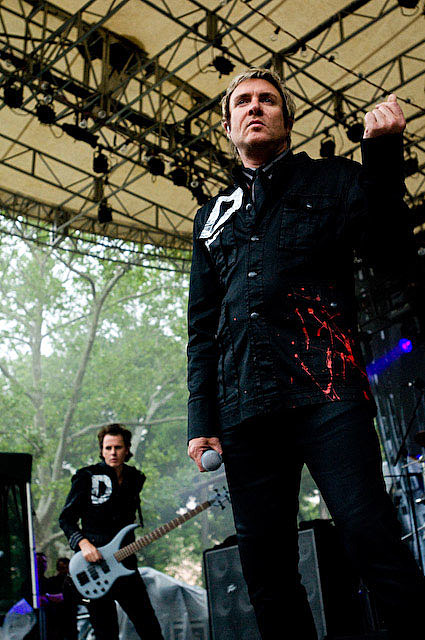 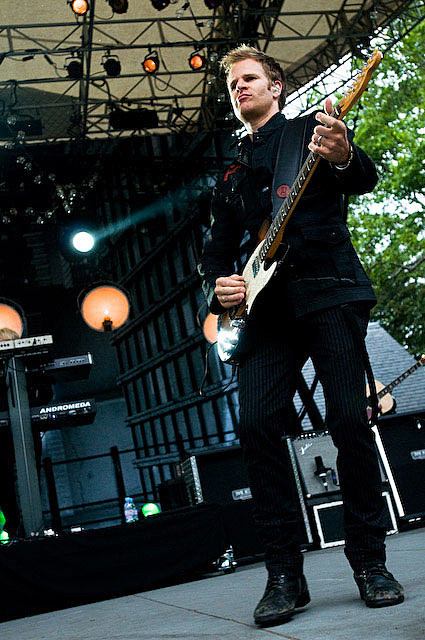 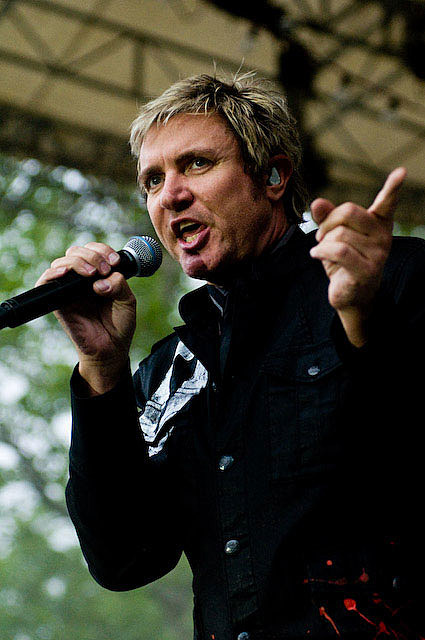 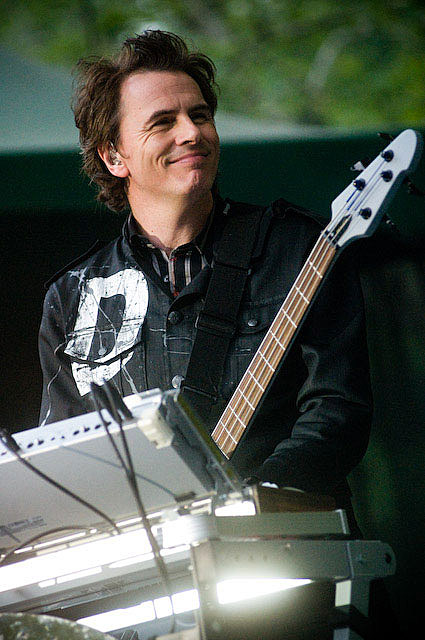 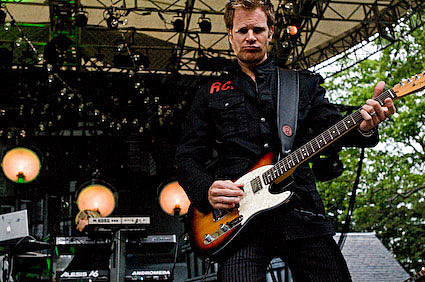 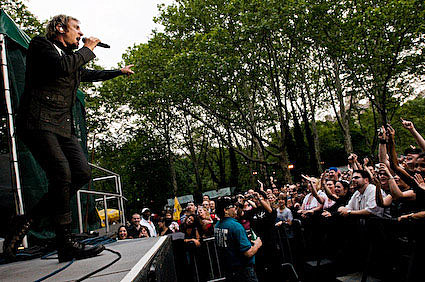 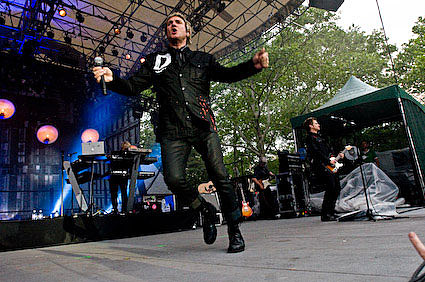 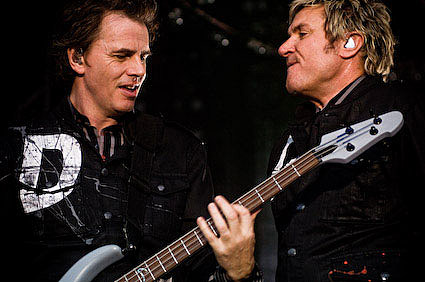 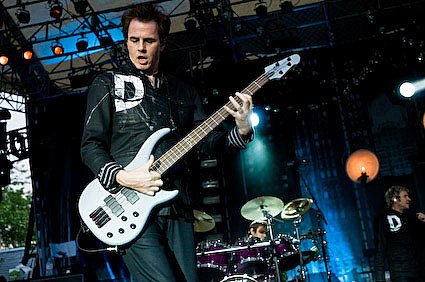 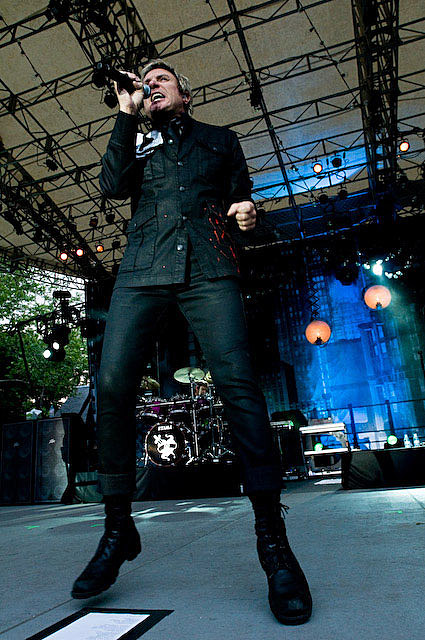 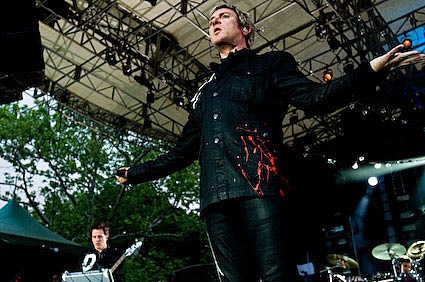 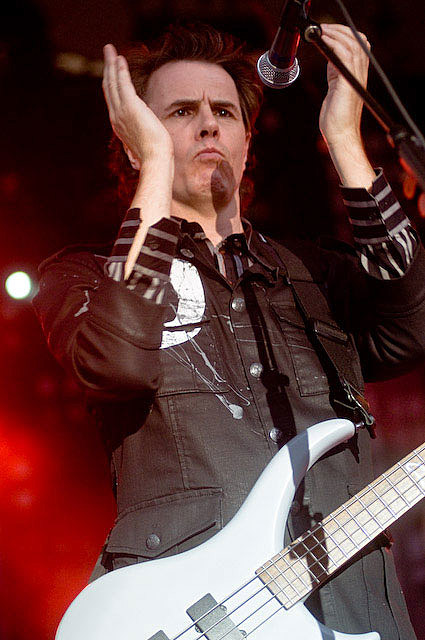 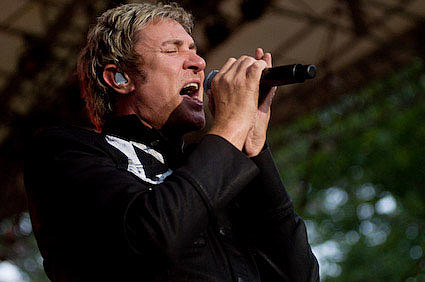 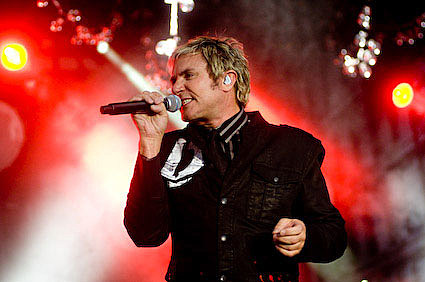 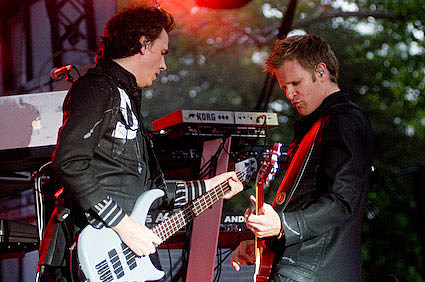 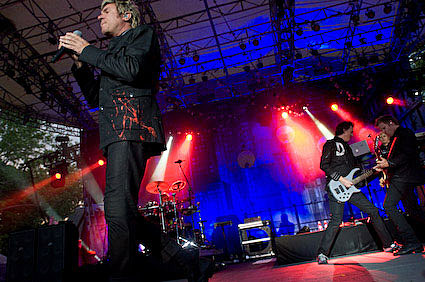 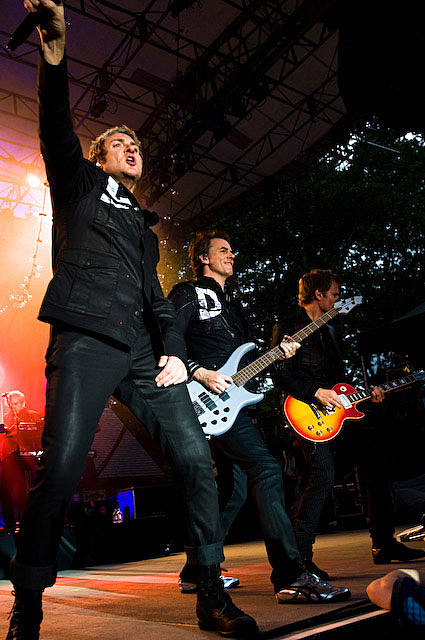 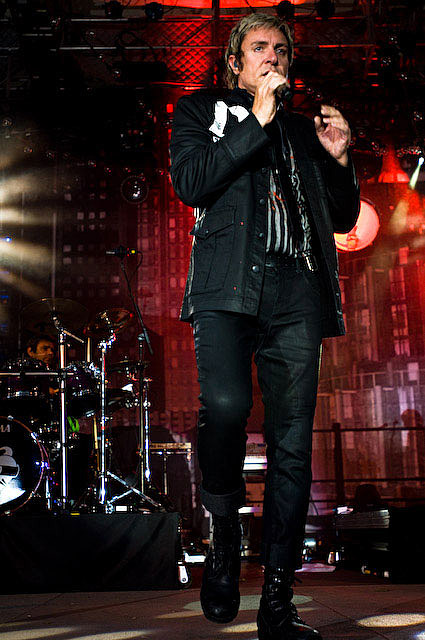 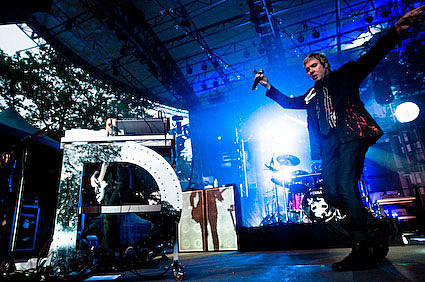 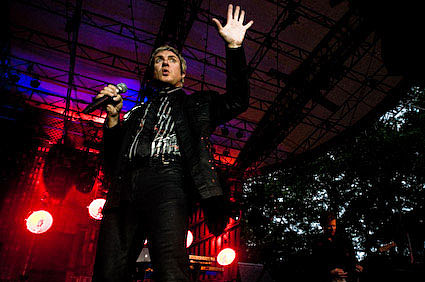 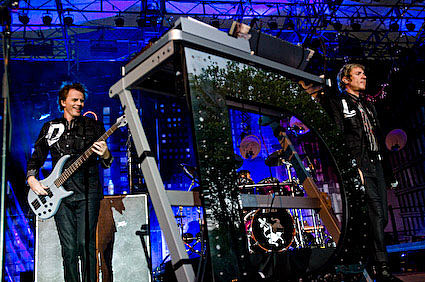 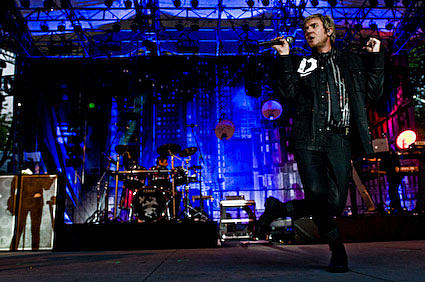 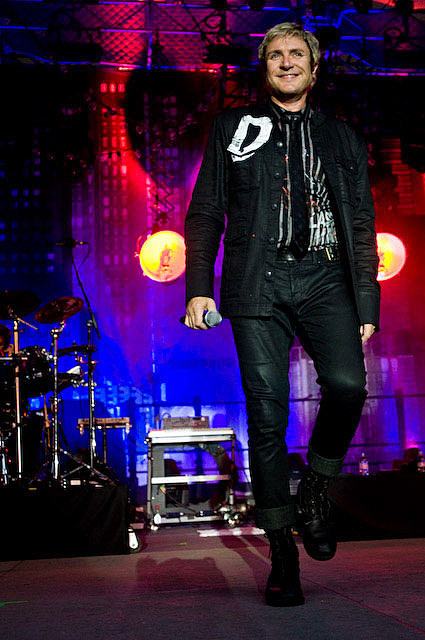 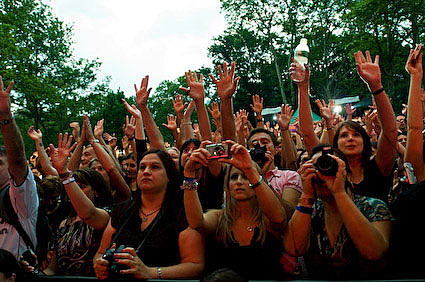 Although they began their career as "a group of art school, experimental, post punk rockers", the band's quick rise to stardom, polished good looks, and embrace of the teen press, almost guaranteed disfavour from music critics. During the 1980s, Duran Duran were considered the quintessential manufactured, throw-away pop group. However, according to the Sunday Herald, "To describe them, as some have, as the first boy band, misrepresents their appeal. Their weapons were never just their looks, but self-penned songs." As Moby said of the band in his website diary in 2003: "... they were cursed by what we can call the 'bee gees' curse, which is: 'write amazing songs, sell tons of records, and consequently incur the wrath or disinterest of the rock obsessed critical establishment'."

Several of the band's contemporaries including The Bangles, Elton John, Kylie Minogue and Paul Young, have named themselves fans of the band's stylish, uplifting pop. Le Bon described the group as "the band to dance to when the bomb drops". Successors like Barenaked Ladies, Beck, Jonathan Davis of Korn, The Bravery, Gwen Stefani and Pink have all cited Duran Duran as a key band in their formative years. The newest crop of performers to name Duran Duran as influences include Dido, Franz Ferdinand, Panic! at the Disco, Lostprophets (who took their name from the title of a Duran Duran bootleg tape), Goldfrapp and Brandon Flowers of The Killers, who said, "Nick Rhodes is an absolute hero of mine - their records still sound fresh, which is no mean feat as far as synths are concerned".

Nick Rhodes has directly lent his production techniques to the bands Kajagoogoo with the song, White Feathers and The Dandy Warhols, with Welcome to the Monkey House. The band's music has been used by several hip hop artists, most notably Notorious B.I.G., who sampled Duran Duran's 1986 single "Notorious". Numerous bands have covered their music on record and in concert. [Wikipedia]