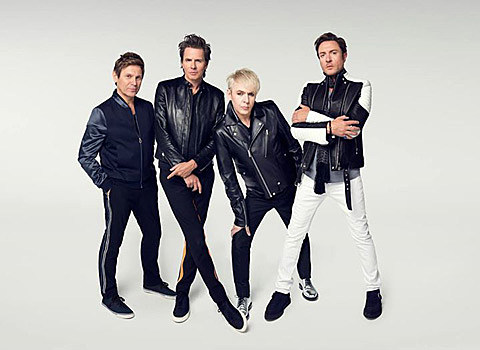 Duran Duran will release their 14th album, Paper Gods, in September. The long-running UK band made the album with a bevy of producers, including old pal Nile Rodgers, modern-day hitmaker Mark Ronson, Josh Blair, and Kanye collaborator Mr Hudson, and it features a number of guests, including Janelle Monáe, John Frusciante, Kiesza, and, why not, Lindsay Lohan. Bassist John Taylor says "It really goes back to that strange early Duran mix: the hard-edged pop, coexisting with this dark, weird, experimental side." First single "Pressure Off" is set to pop later this week.

In other news, Nile Rodgers is throwing another festival in Riverhead, NY this summer and Duran Duran will be there. Now named FOLD ("Freak Out, Let's Dance), it will happen August 4 & 5 at Martha Clara Vineyard. In addition to Duran Duran and Rodgers' group Chic, the two day festival will feature a variety of performers:

Says the press release, "Over two nights, Rodgers will create the ultimate mash-up between each artist's distinctive sound and his own groundbreaking style." Rodgers will also take advantage of the occasion to do some collaborative recording sessions at his studio. Tickets ($137.00 - $999) are on sale now. FOLD Fest poster is below.

Duran Duran are touring as well, though not much in North America for the time being. All dates are listed below. 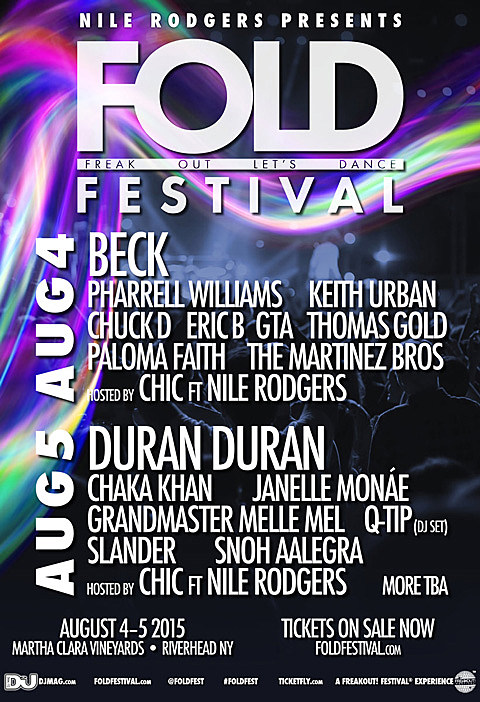