Yeah Yeah Yeahs aren't the only ones that just announced a very special NYC show. Sage Francis plays a free acoustic one this Saturday, and Duran Duran is playing one that requires getting tickets this weekend. Details below.... 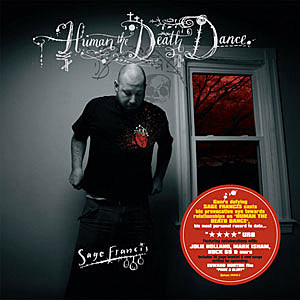 Intimate Gig This Saturday To Celebrate Exhibition By Rising ArtistInkymole Human The Death Dance Out Tuesday, May 8th

The event is in celebration of "If A Girl Writes Off The World,"the ongoing Stateside debut exhibition of British illustrator and lettering artist Inkymole which wraps May 7th. Born Sarah Coleman, Inkymole's project was inspired by the world-renowned rapper. With their mutual respect and appreciation in place, Sage wound up asking Inkymole to create artwork for Human The Death Dance. "I couldn't wait," Coleman says, "but I was suddenly terrified of this new client I was also a mad fan of." The resulting album art will be in tow at the nyc exhibition. In a 5-star review of the disc, URB writes, "Teeming with the kind ofpersonality a live show begs for, Human the Death Dance comprises of 16tracks that prove Sage can still spit that wry wit," adding, "its trackswork together to form a cohesive, incredibly personal whole." In a related note, Francis' stellar new video, "Got Up This Morning" featuring performance by Jolie Holland and cameos from Brother Ali, Slugfrom Atmosphere and Buck 65 can be seen here: 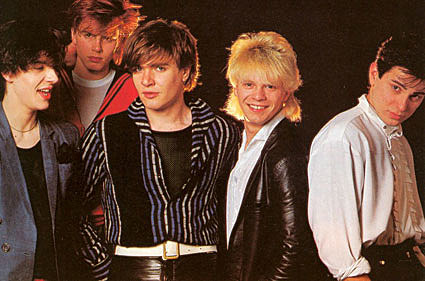 Speaking from the studio in London, where they are currently mixing their upcoming album (Epic Records), Duran Duran today announced a special ‘one night only’ New York City performance for members of their official fan community. Open exclusively to members of DuranDuranMusic.com, the band will perform at the Hammerstein Ballroom, in Manhattan, on June 17th. Tickets will go on sale via a Reservation Request System at www.DuranDuranMusic.com.

In what is guaranteed to be a memorable evening, the four band members are excited to do a concert just for community members. "We're all very excited to get back to the stage after being in the studio for so long! I can't think of a better place to come back to than New York City and a fan community only show. Get ready for a great night, it's gonna be a party!" said John Taylor.

The band will be performing a full set, with one song chosen by members of the fan community. Members will have the opportunity to vote for the fan favourite that they would like to see the band play before purchasing tickets.

The Hammerstein Ballroom, located at 311 West 34th Street, will provide an intimate venue for Duran Duran and their fans. In anticipation of extremely high demand, DuranDuranMusic.com will be allocating tickets by a Reservation Request System, to ensure that everyone gets a fair opportunity to purchase for the concert and to minimize ticket re-sales. VIP packages will also be available via this system. Registration for the chance to purchase two tickets or VIP packages per person will be done online. The Reservation Request System is NOT first come, first served and fan community members will have until 9pm Sunday, May 6th to enter. Full details are available at DuranDuranMusic.com. Ticket prices are $98.50 and $88.50. Doors are at 8PM, performance at 9PM.