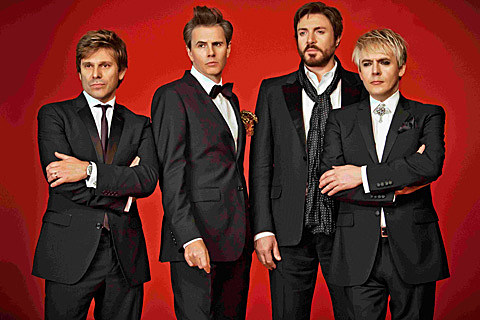 As mentioned, Duran Duran will be playing Nile Rodgers' FOLD Festival on August 5 in Riverhead, NY (Long Island). Right before that they'll play another NYC-area date at Port Chester's Capitol Theatre on August 1. Tickets for that show go on sale Friday (6/26) at noon. Updated dates are listed below.

In other news, the band have shared the first single from their new album Paper Gods. "Pressure Off" features vocals from Janelle Monáe, and Nile Rodgers provides a signature funky riff. It's a little bit like "Notorious" but in a 2015 pop kind of way. Stream it below.