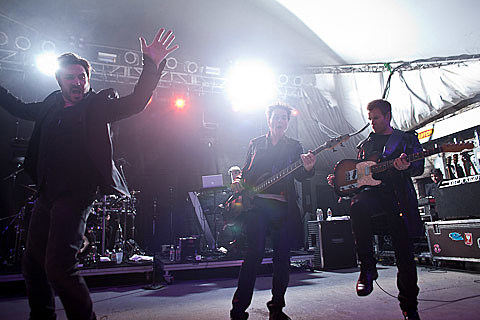 Duran Duran have announced their All You Need Is Now US tour in pieces, taking to twitter, youtube, and everywhere in between to announce the fall dates. The trek will kick off in late September in California with opener Neon Trees and eventually make its way to Madison Square Garden on October 25th. Tickets go on AMEX presale at 8AM on Thursday (8/25) and regular sale on Monday 8/29 at 11AM.

Duran Duran released their latest LP All You Need is Now in late March of this year, and in honor of Duran Duran Appreciation Day (what?!? you didn't have your calendar's marked?!?) the band released the "Night Version" of one track, "Other People's Lives". Download that above, and check out a video for the title track from All You Need is Now below, beside all tour dates.