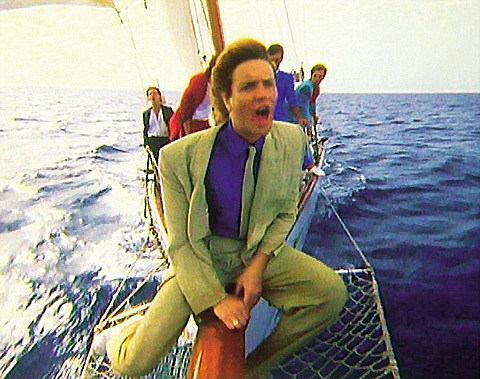 Duran Duran were scheduled to play a concert at the Seaport with Wyclef Jean on Tuesday (8/4) to benefit the South St Seaport Museum, but the show was just canceled. From the press release:

"After a tremendous amount of effort to maintain the date for next week, we are extremely disappointed to say that as of this morning we have had to cancel Dock Rocks due to unforeseen issues at the site," said Captain Jonathan Boulware, Executive Director of the South Street Seaport Museum "We had an incredible response to the event, which included a selection of VIP boat experiences, alongside the concert on the pier, but location logistics have now precluded our moving forward with Tuesday's event in the way that we had originally envisioned. Our plan is to host an alternative fundraiser in the fall that will include many of the same performances, as well as an opportunity to enjoy everything that the Seaport has to offer, while supporting the Museum that was so badly damaged during Hurricane Sandy. We thank our sponsors and partners within the city for their help in planning."

We are really sad that next week's show is now not happening. We love that part of the city and were very much looking forward to playing against that incredible skyline in support of the Seaport Museum. We are in town this week to launch the first single from our new album 'Paper Gods' and were hoping to give fans a chance to hear a couple of tracks from the new record.

Duran Duran also said on Facebook that they hoped to do something with the Seaport Museum soon. Stay tuned about the makeup show and who will actually play it. Meanwhile, Duran Duran's two shows this weekend at Port Chester's The Capitol Theatre are sold out, but you can still get tickets to see them at Nile Rodgers' FOLD Festival on Long Island on Wednesday (8/5).