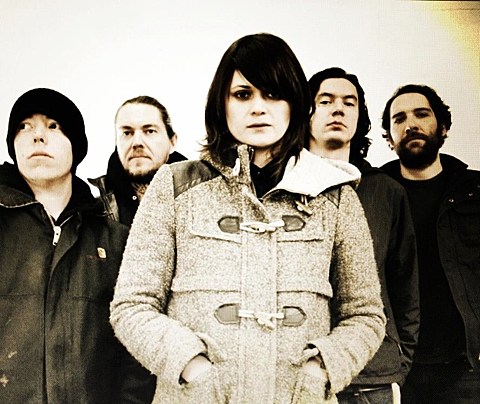 Dust Moth are a product of the same prolific nexus of Seattle musicians as Minus the Bear, These Arms Are Snakes, Undertow, and so forth -- both TAAS guitarist Ryan Frederiksen and ex-MTB keyboardist/Northwestern heavy music engineer of record Matt Bayles contribute their talents, while XVIII Eyes vocalist Irene Barber handles mic duty.

Though Dust Moth released a debut single last fall as part of a split with Aeges, the track we're premiering below is the first single from Dragon Mouth their debut standalone EP. Titled "Casual Friends," it's closer to Minus the Bear in approach than to any of the band's other past projects: slightly dissonant rock with big instrumental tones, long arcs of delay, and a personable pop vocal delivery.

Dragon Mouth will be released on March 25th via The Mylene Sheath. Stream "Casual Friends" along with their last single below...