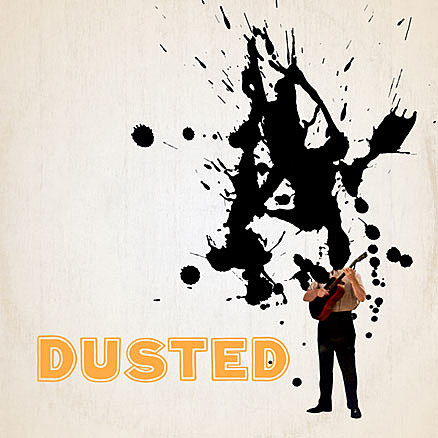 Dusted (the new project led by Holy Fuck's Brian Borcherdt) released their debut LP, Total Dust, this week (7/10) via Polyvinyl. You've already heard the single, "(Into The) Atmosphere," and if you liked that song, you'll enjoy the whole record, which pretty much follows suit. It's mainly a collection of sweet-voiced indie pop with bright clean tones and a backgrounded drum machine. But it's not just a pop record -- some of the songs (especially the album's opening track "All Comes Down") drift towards haunting slowcore, and Brian often coats his voice in a light distortion and can give his guitar an even thicker one. You can stream the entire album below.

As mentioned, Dusted will be in NYC for a show at Glasslands on Sunday (7/15) (tickets), but since we last spoke, Dusted announced a NYC show which happens even sooner than that. They'll play Cake Shop on Thursday (7/12) with Happy New Year and one more TBA.

A list of updated dates and the album stream are below...