Pre-order 'Fragment of a Bitter Memory' on our exclusive clear with black smash vinyl, limited to 250 copies, in our store.

Portland metalcore band Dying Wish have been on the rise for the past few years, and now they've finally announced their debut album, Fragments of a Bitter Memory, due October 1 via SharpTone Records (pre-order on clear with black smash vinyl). It includes their recent singles "Innate Thirst" and "Enemies In Red" (ft. Bryan Garris of Knocked Loose, who also featured Dying Wish vocalist Emma Boster on their album A Different Shade of Blue), as well as the just-released title track, which is another very promising taste of this LP. It pairs Emma's impassioned bark against a gut-punching rhythm section and brightly melodic riffs. Emma also offsets her screams with some of the soaring clean vocals that she showed off on "Autumn's Final Sun," and it's great to hear Dying Wish pushing that side of their sound forward too.

Speaking about the new song and video, Emma said:

"Fragments" starts by taking the listener back to my first memory. I was five years old and I was the flower girl at my mother’s wedding. My biological father wasn’t in my life and the man she was marrying took a vow to fill that void.

Over the next decade I watched that same man who I had learned to call my father become a violent alcoholic. By the time I was a young teen I was being verbally and physically abused by him almost daily. I was living in constant fear.

“Seasons of life forever change healing the fragments you still control” refers to my constant struggle of healing from this trauma in my adulthood. The video ends with her stabbing him over the lyrics “I would bury you if I could” because even after therapy and a decade of healing, violent revenge seems like the easiest and most satisfying way to cope.

Listen and watch the video below.

UPDATE: We've teamed up with the band for an exclusive "clear with black smash" vinyl pressing of Fragments of a Bitter Memory, limited to just 250 copies. Pre-order yours in our store while they last. 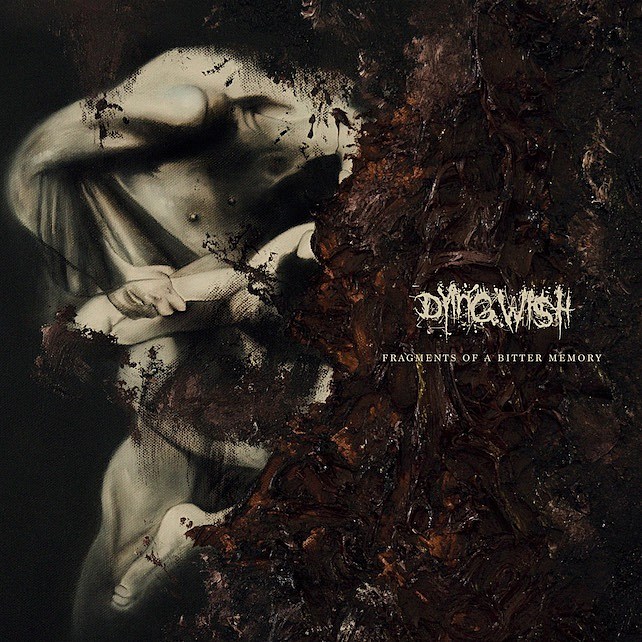