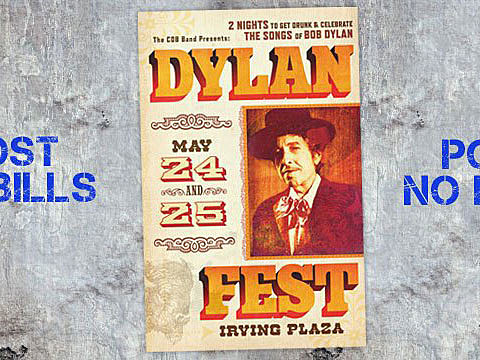 At this point, you know the deal and the general cast of characters, but this year Dylan Fest, a tribute to the music of Bob Dylan, will go down over two nights at Irving Plaza in NYC:

In related news, Chimes of Freedom: The Songs of Bob Dylan was released in January in support of Amnesty International.