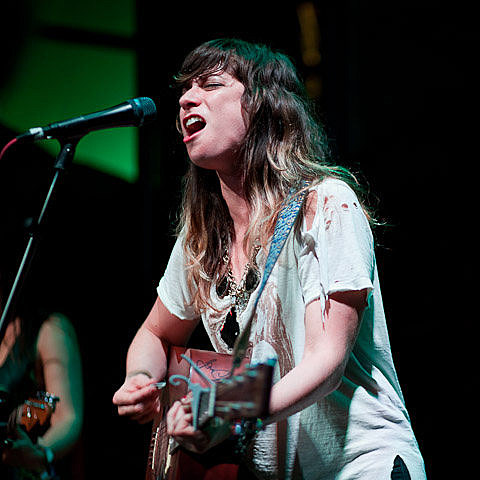 If you like Bob Dylan and booze-soaked singalongs, you might want to consider hitting Bowery Ballroom on May 26th and 27th for Dylan Fest, a two day extravaganza in celebration of the 70th birthday of musical deity. Much like the one-night fest last year (and at the similar Petty Fest), both nights boast familiar names like Norah Jones, Adam Green, Will Forte and Jason Sudeikis of SNL, Jesse Malin (who has other shows coming up), Nikolai Fraiture of the Strokes, as well as members of Little Joy, The Hold Steady, Fountains of Wayne, Mooney Suzuki, The Lemonheads, and many more, with Nicole Atkins on board for the first night (5/26). Tickets are on sale for both the 5/26 and the 5/27 shows at noon today. The full linuep is below.

Nicole Atkins and her band The Black Sea have also added a headlining show at Music Hall of Williamsburg on July 8th. Tickets go on sale Friday April 29th at noon. The show is one of a few scattered dates scheduled for Atkins in the coming months. Check out her whole schedule below.

In related news, Norah Jones has been announced as the special guest for Saturday's previously discussed Doveman show at Le Poisson Rouge. Tickets are still available. The show is one of three more scheduled for Doveman at LPR, with other appearances occurring on May 26th and June 24th. Details on guests for those shows are still forthcoming.

In also related news, Nicolai Fraiture's day job, The Strokes, have announced that they will appear at the sold out T In The Park festival in Scotland in July along with Pulp, Coldplay, Slash, and Foo Fighters. The band also recently appeared on Conan O'Brien (on 4/20). Check out a video of their performance of "Games" alongside a Nicole Atkins video of "Cry Cry Cry" from SXSW and all tour dates and stuff, below.