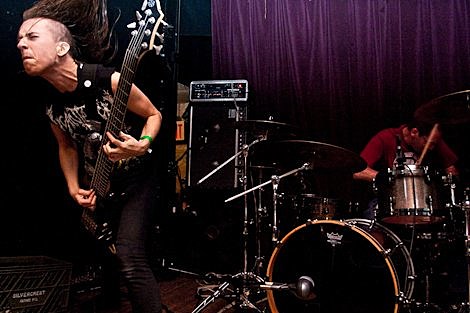 One look at their merch table (below) and you can tell that the Dysrhythmia boys are slightly busy. The story that it doesn't tell is all of the production projects that Colin Marston is taking on at Menegroth (his studio), the in-process Krallice LP, or the Gorguts reunion with fellow Dysrhythmia bandmate Kevin Hufnagel. With all of this on their plate, the NYC boys have decided "What the hey! Let's also headline a full US tour!" Sounds great guys. Full tour dates are below, including a string of dates with recent Show No Mercy / BV-BBG alumni STATS which culminates in their final show of the tour, Nov 1st at Union Pool.

Dysrhythmia are touring off of their new LP Psychic Maps, and played a record release party at Union Pool on July 18th. Pics from that show which included opener La Otracina, as well as a video of the band barreling through "Festival Of Popular Delusions", and all dates, below... 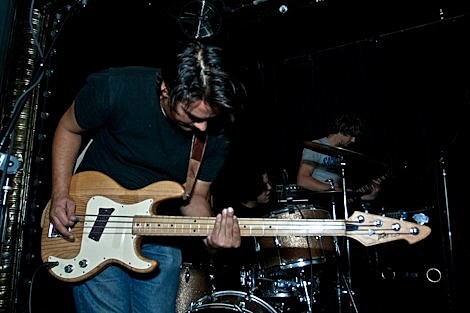 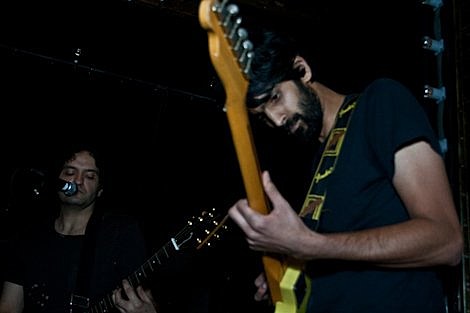 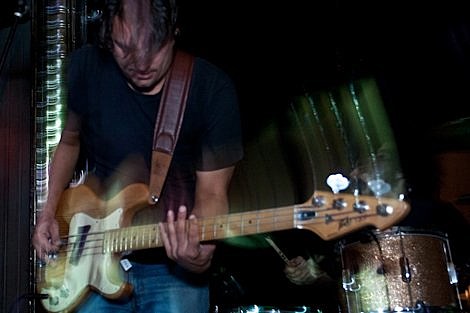 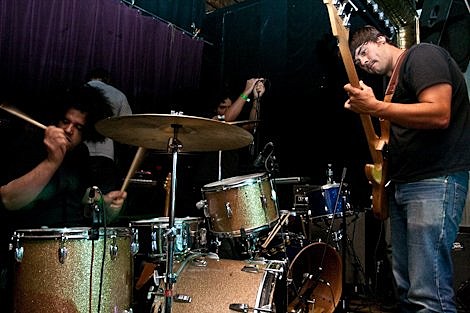 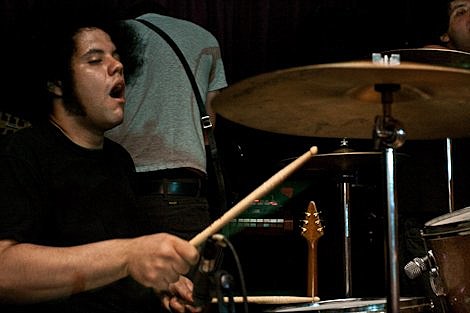 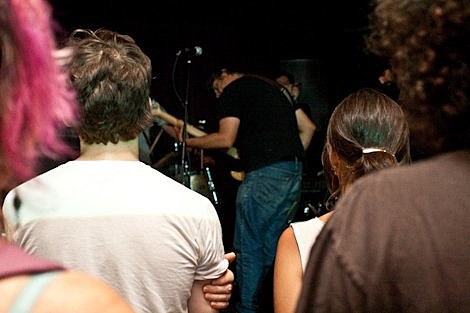 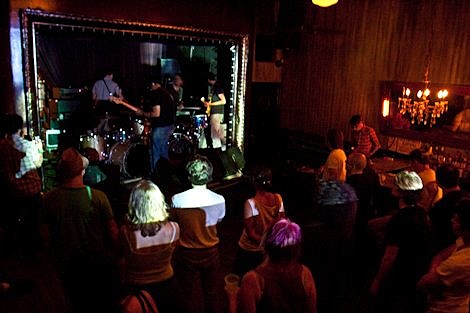 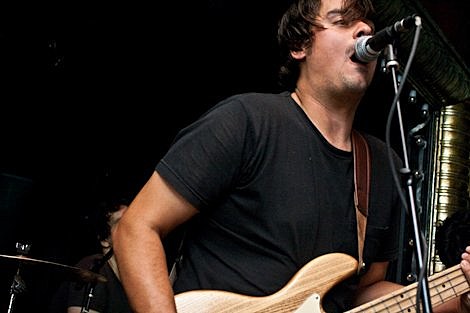 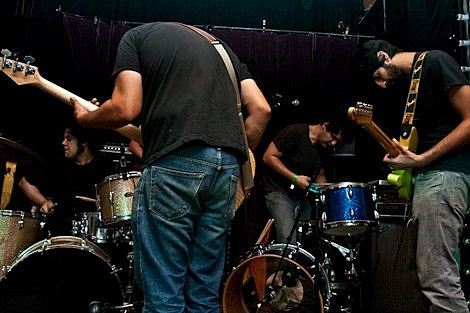 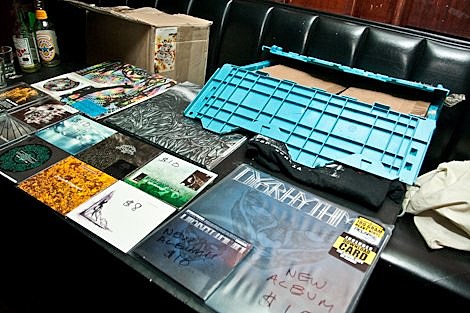 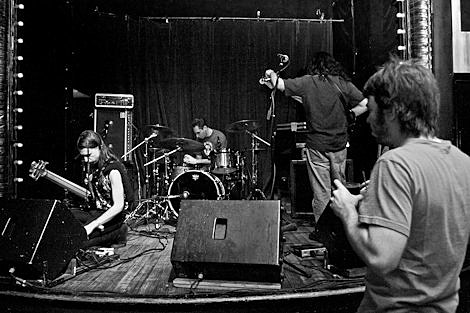 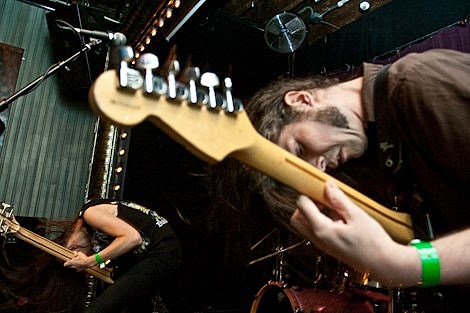 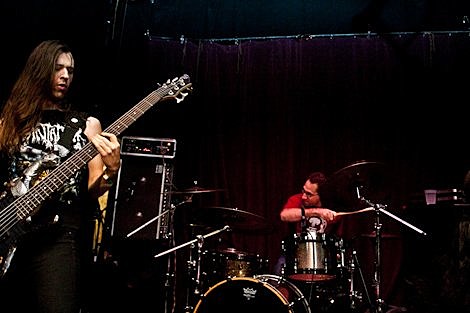 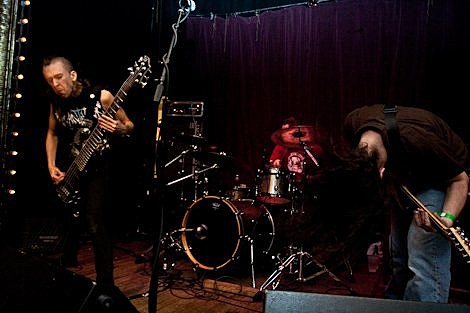 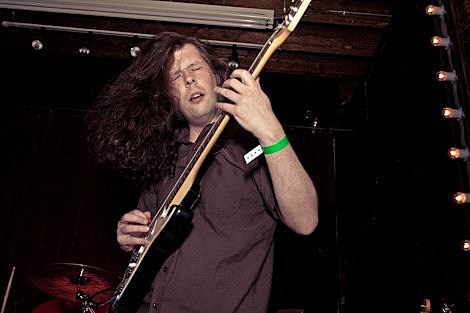 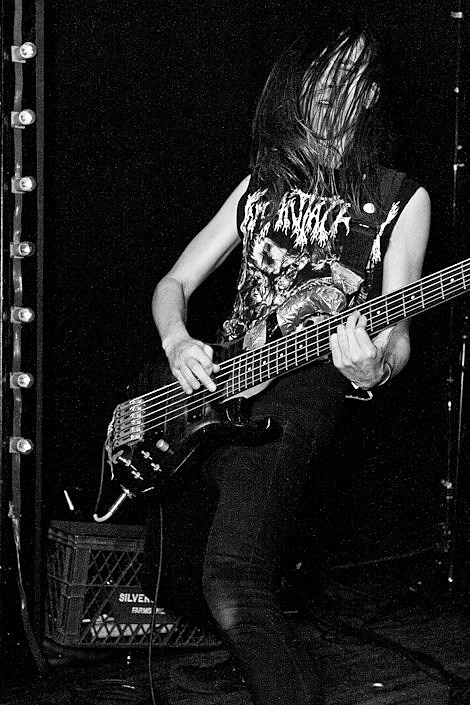 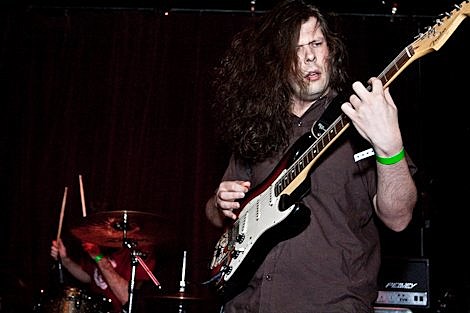 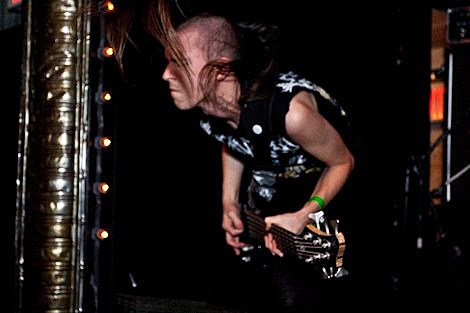 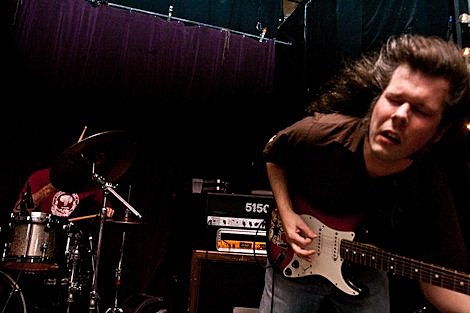 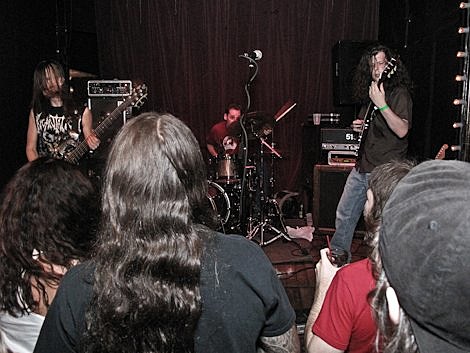 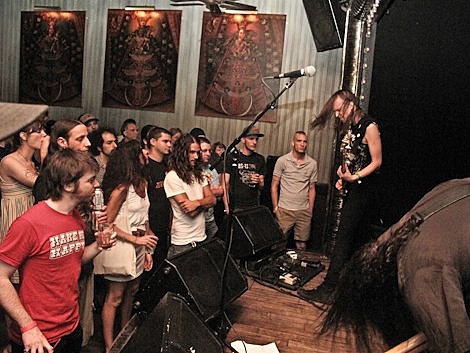 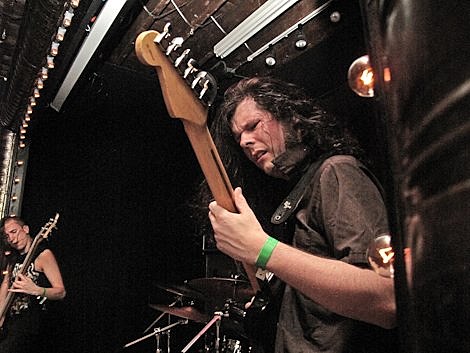 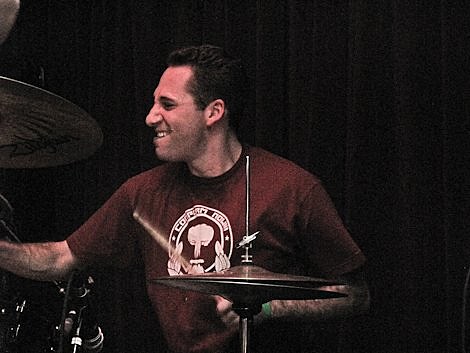 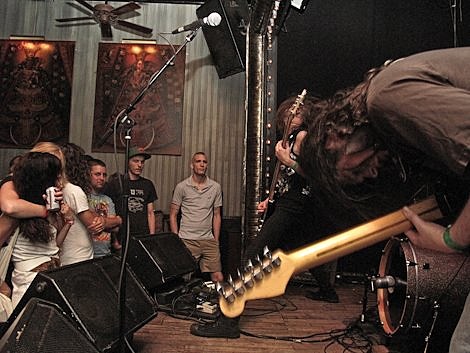 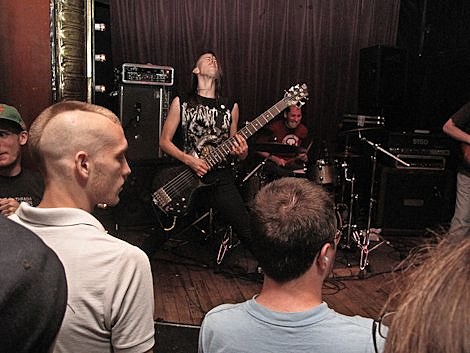