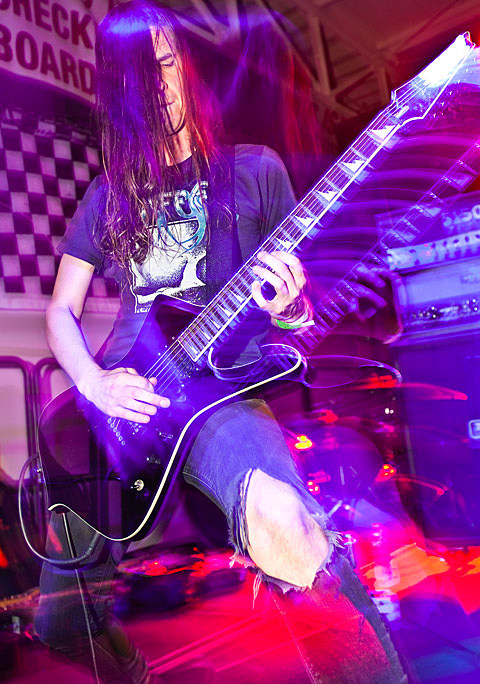 Bloomberg oddly hasn't called a press conference yet, but in my eyes it is officially "Colin Marston Weekend." As discussed, Saturday night (9/22) will be spent celebrating Dystrhythmia's new LP at Saint Vitus with special guests The Wayward and Praetura (tickets) but tonight is another show for a different Marston project. Krallice headline Acheron tonight (9/21) with Mutant Supremacy and Feast of The Epiphany. Tickets are available at the door.

If you're heading to Acheron, get there early to catch Feast of the Epiphany, a project featuring Nick Podgurski (Extra Life), Andrew Hock (Castevet) and Tony Gedrich (STATS). The band, which dabbles in everything from doom to ambient to gothic post-punk, is preparing to release the new LP, Temperance, via New Firmament on October 20 and have dropped off a new track in the form of "Second Pulse" which is streamable below.

Check out that new track, a stream of the new Dysrhythmia, and more Feast of the Epiphany material below.