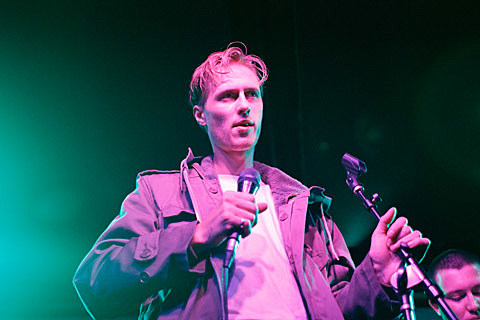 Leeds, UK band Eagulls are just about set to release their self-titled debut album, which is out March 4 via Partisan. (Pre-order it here.) The album is a real postpunk ripper that stomps on the gas with opening cut and single "Nerve Endings" and doesn't let up till the feedback fades on closer "Soulless Youth." The band have just shared a new track from the LP, "Possessed," and you can stream it below.

As mentioned, Eagulls will be visiting NYC next week to do press interviews and to play a couple shows: Mercury Lounge on January 29 with Yvette, and the should-be-reopened Rough Trade on January 31 with Slonk Donkerson and The Teen Age. Tickets to both are still available.