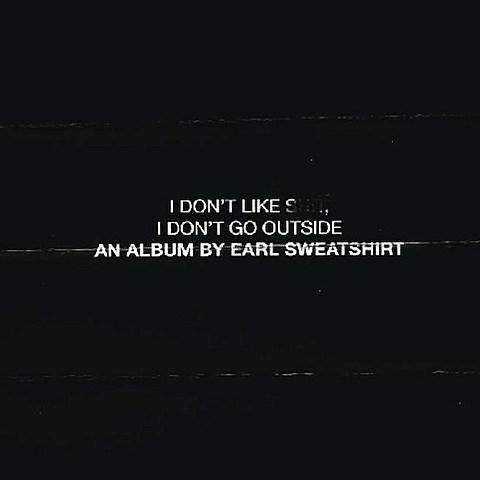 The surprise rap albums keep coming. A new album from Odd Future's Earl Sweatshirt called I Don't Like Shit, I Don't Go Outside appeared on iTunes late last night with a release date for next week (3/23). The album features past collaborator Vince Staples, as well as Wiki from Ratking, Dash and Na'kel. First single "Grief" is already available for purchase and you can watch the video below.

Apparently though, this didn't go exactly the way Earl planned. He tweeted, "I WOULD LIKE TO PERSONALLY THANK @SonyMusicGlobal 4 FUCKING UP THE ROLL OUT PROCESS OF MY SHIT. SOMEONE GOTS 2 PAY 4 THEIR MISTAKES !" and "ITS TRASH TO HAVE TO PAY FOR SOMEONE ELSE'S ERRORS, I AM FUCKING HOT." You can read more of his tweets here.

Earl's tour with Vince Staples will be in NYC on April 18 at Best Buy Theater (tickets), and both are playing SXSW this week.

Earl's OFWGKTA pals Tyler the Creator and Taco are touring too.