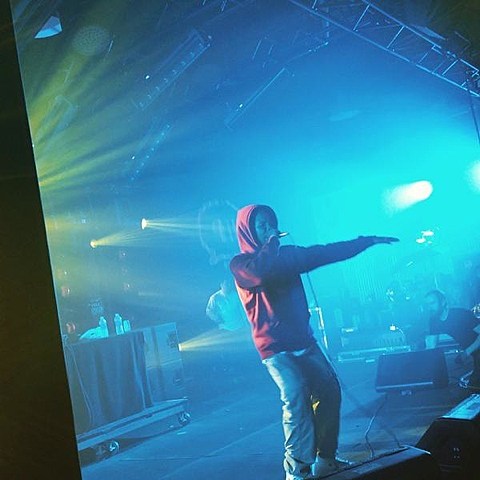 Last week, Earl Sweatshirt announced a new album called I Don't Like Shit, I Don't Go Outside, and said it would be out just a week later. Well here we are: the album's out now and can be picked up on iTunes or streamed below via Spotify. It's dark, full of atmosphere, and definitely not Doris part 2. Check it out.

Earl's tour with Vince Staples hits NYC on April 18 at Best Buy Theater (tickets). Both also just played SXSW this past week. Anyone catch them?