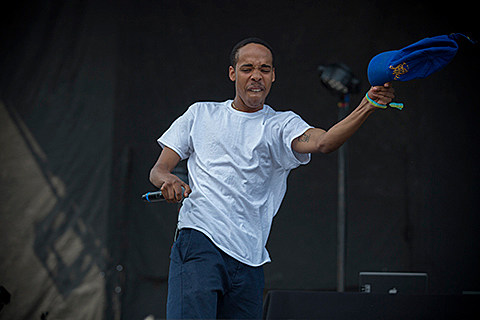 Toronto, Baltimore, Boston, Montreal, Philadelphia, DC, NYC and possibly other dates on the Earl Sweatshirt / Vince Staples tour that was set to hit NYC's Best Buy Theater on 4/18 are being postponed as we speak. Venues have been announcing new August dates. The new NYC date is August 22, though it's not clear at this second if the entire show lineup will be the same (Earl is the headliner, and so he is definitely still on all postponed shows).

In other other news, LA production duo Christian Rich, who previously worked with Vince and Earl on Earl's Doris album (as well as with N.E.R.D., Drake, J Cole and more), put out a new song today featuring Vince Staples called "High." Pharrell associate Bia is on it too. Listen below.

More info on the Earl/Vince tour as we get it. List of dates postponed so far, below...

* with Vince Staples
^ with Remy Banks