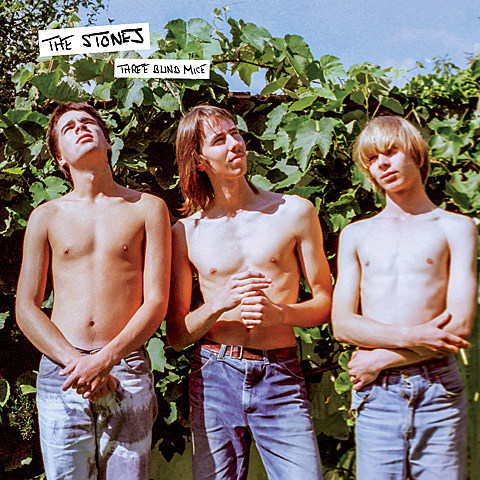 The Stones debuted on the 25th of April 1981 at an Otago University gig headlined by Bored games with three other new groups on the bill - the Chills, the Verlaines, and Requiem Paradise. The Stones didn't really turn out like the Clean. They had the surface similarities, the reverb guitar, the one string twang, the Velvets strum, but listening now you hear other things: a bit of the Fall, maybe some Joy Division in the basslines, the Stooges. Still, the Stones brought their own selves to the mix. They wrapped their songs in braggadocio and silly vocals asides but gave themselves away by the way they hardly ever looked up. They were shy boys really. - Shayne Carter [Straightjacket Fits]

New Zealand band The Stones were featured on 1982's The Dunedin Double, one of Flying Nun's earliest releases, that also had songs from The Chills, The Verlaines and Sneaky Feelings. (It was reissued last year for Record Store Day.) The band also released the Another Disc Another Dollar EP in 1983 and broke up shortly thereafter. Flying Nun is releasing a compilation, titled Three Blind Mice, featuring all of the Stones' tracks from those two records, as well as unreleased live material. That's the cover art above and tracklist is below. It was overseen by Bruce Russell (The Dead C), with design and illustrations by Toy Love / Tall Dwarves' Alec Bathgate and Chris Knox, and liner notes (excerpted above) from Straightjacket Fits' Shayne Carter.

The compilation, out March 3, is up for pre-order now and you can stream three songs from Three Blind Mice in this post, including unheard (unless, like James Murphy, you were there) live track "Everywhere Man" which makes its premiere in this post. Listen below.