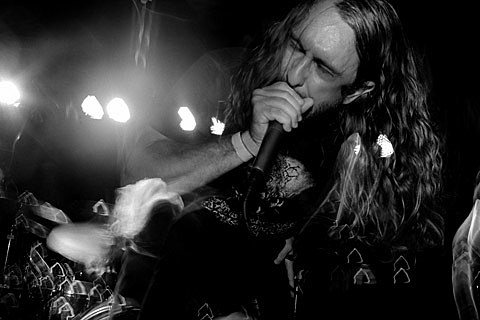 In just four days, Early Graves will unleash the galloping Red Horse (see what I did there?), a brutal, crusty hardcore record that tips it hat to everything from grind to black metal to Slayer. Stream all of Red Horse for the first time below.

Early Graves just returned from a string of dates with Skeletonwitch that included an NYC stop ad Knitting Factory, as well as a return to play with Pig Destroyer (who have a new album) during CMJ. The band currently has only one live date on their calendar -- 11/2 at Metro in their native Oakland -- so until they make another roound across the states, live vicariously through video of their CMJ set below.