Early Graves at Club 1808 during SXSW (more by BBG) 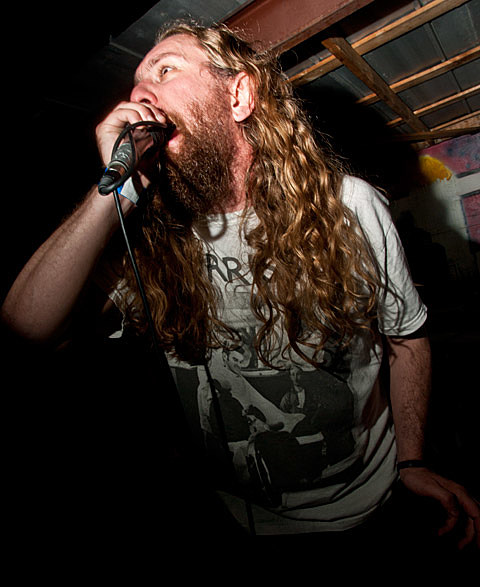 After weathering the storm that was the loss of their singer Makh Daniels, Early Graves re-emerged with vocalist John Strachan of The Funeral Pyre and a new label, No Sleep Records. The band is set to release a new LP, their third, this fall but until then have dropped a primer for the album in the form of a new demo track available on the forthcoming No Sleep Warped Tour compilation. We've got the first listen of  "Days Grow Cold" which is streaming below -- look for it on their new LP in the fall.

Gutarist Chris Brock commented on the track and its history:

"This is a demo version of 'Days Grow Cold', one of the first songs we wrote when we got back together in a room to make music again. We sent it to John to put vocals to a few weeks after we recorded it and basically this song a few more were the songs that led to John joining EG. This is one of the more punk-ish sounding songs that we have done and we hope you enjoy it"

"Days Grow Cold" and the comp, available for the easy price of whatever-the-fuck-you-want, is also available at the No Sleep Records Warped Tour booth all summer long. Look for other unreleased, new, rare and b-sides from fellow No Sleep artists on the comp as well. Tracklisting and that song stream are below.