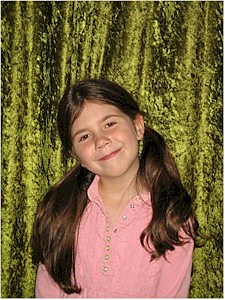 "Little 7 yr. old Stella Connelly with the help of songwriter performer "Hoop the Last Folk Singer" is sending an important message to everyone this Earth Day 2010. Earth day is every day! The message is passed along through the new song "Earth Day Everyday". The song was recorded by Stella Connelly and reggae recording artist Carlos Jones and First Light."

I don't fully know what that means, but it's the bio that goes along with Stella Connelly who, along with Grace Potter & the Nocturnals, The London Souls, and many more, are performing as part of the Eary Day celebration at Grand Central in NYC on Friday and Saturday. The full schedule and more details below...

The Venue: Grand Central Terminal is an extraordinary Beaux Arts landmark in the heart of New York City . Grand Central is served by Metro-North commuter trains, 31 commuter and 15 city bus routes, 7 subway lines, buses to and from the area's three airports and two million taxis a year. Vanderbilt Avenue is located on the west side of the Terminal.alt

• The Giant Earth Images: April 19th-25th; 10am-8pm. The week-long show will illuminate the historic landmark's soaring main concourse with inspiring environmentally themed quotes, messages, photographs and graphic images contributed by artists such as Andy Warhol, Keith Haring, Roy Lichtenstein, and Rafal Olbinski, among others. The show, projected onto two of the north columns in the concourse, will run 10 hours a day.

• EarthFair Outdoors: April 23rd and April 24th; A two-day festival of art, music and the environment on Vanderbilt Ave. A large exhibit area highlighting green businesses, organic food and environmental groups will include interactive displays that not only educate, but provide an opportunity to take positive action. EarthFair also features live musical entertainment including numerous well-known performers and regional bands.