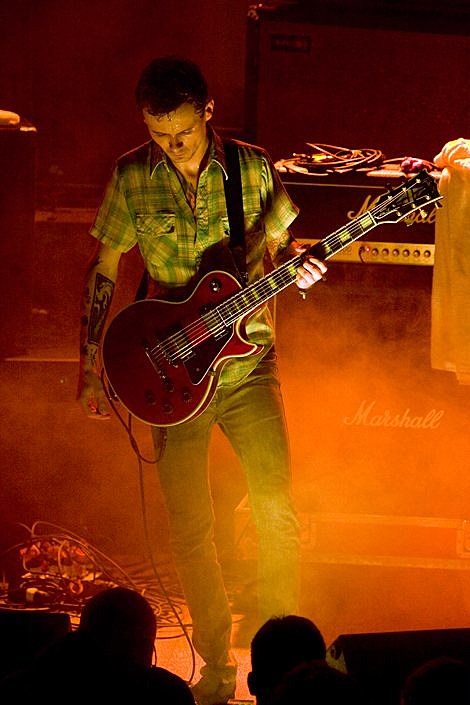 It wasn't all costumes and dry ice at Brooklyn Masonic Temple on Tuesday 9/22. sunn O))) were joined that night by Earth, Pelican and Eagle Twin.

Much like their labelmates Black Cobra, the duo Eagle Twin make a lot of noise for a two piece. Gentry Densley's guitar tone recalls the low-end version of an elephant blowing his trunk, and it gets in your guts. Drummer Tyler Smith has the power to match that tone, as he bashed away at his kit breaking at least three drumsticks in the five minutes I stood near him. This band is much more impressive than The Kindness of Crows would lead you to believe.

Pelican followed, pulling mostly from their upcoming LP What We All Come To Need with a few nods to City of Echoes along the way. The new material seems a bit heavier, and we can look forawrd to hearing some of that again when the band comes back in December with Black Cobra and Disappearer.

Earth's clean tones and Morricone slant were the final band before the funeral dirge of sunn O))). The pensive nature of their material (which was focused on later releases, in particular, The Bee Made Honey in The Lion's Skull) was a sharp contrast to the two heavier acts that preceeded it.

"Led by Dylan Carlson, the quartet has perfected a playing style which derives its narcotic power from an almost impossible slowness, taking John Fahey-style melancholic guitar licks and dragging them out as if they're echoing across an infinite Texas plain in the dark.

Then something unpleasant happened: Earth stopped playing. Whoever the tenth-level puppetmaster is who runs things at the Masonic temple, he/she apparently is a set-time stickler, so despite all manner of enthusiastic applause and catcalls from the crowd, Carlson and crew did not return. Surprising and frustrating." [William] 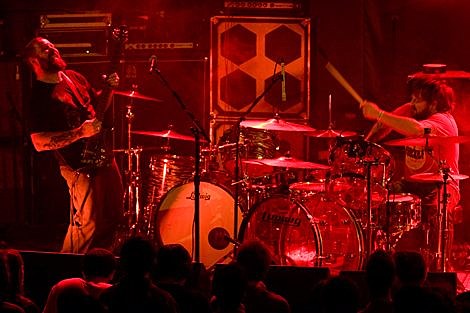 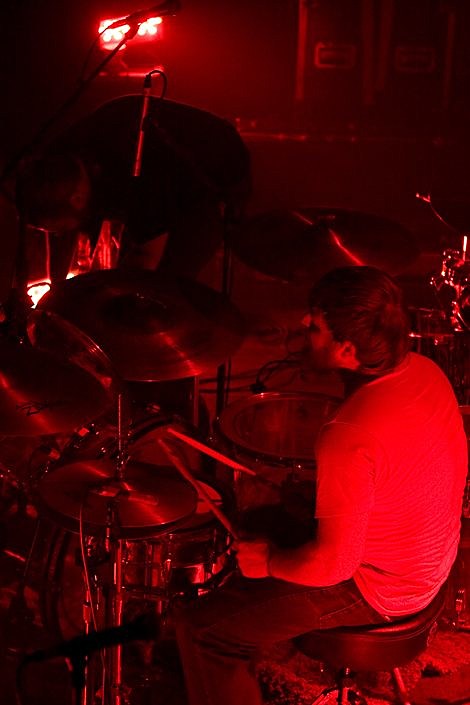 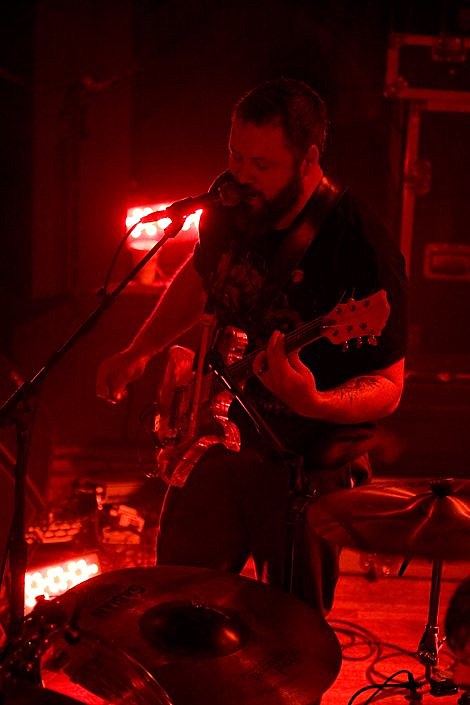 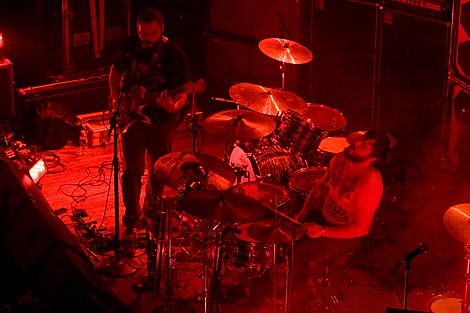 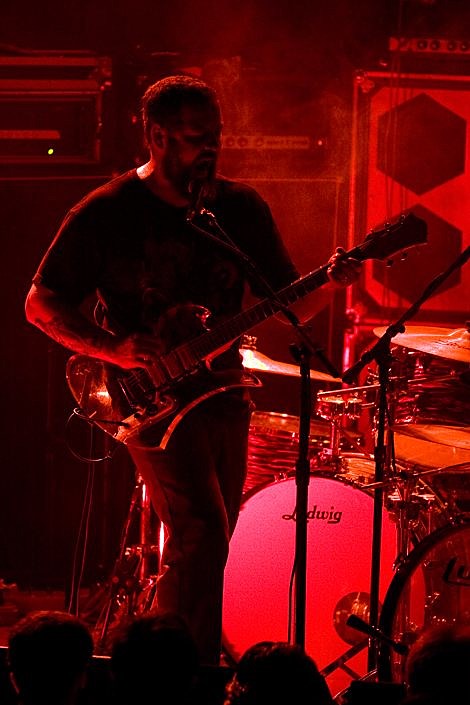 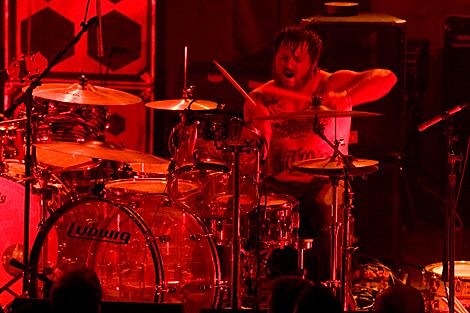 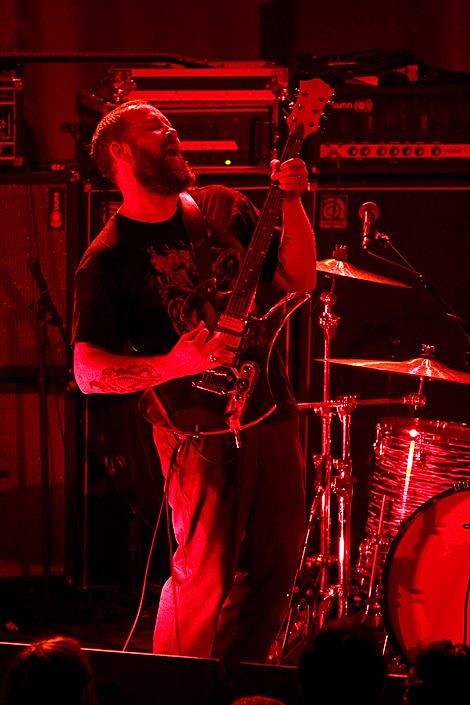 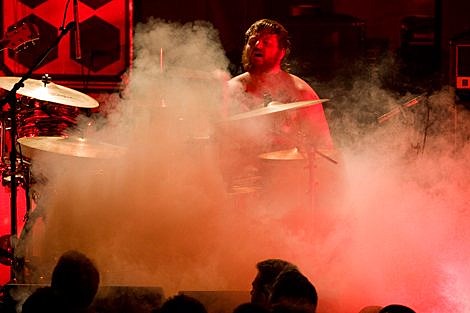 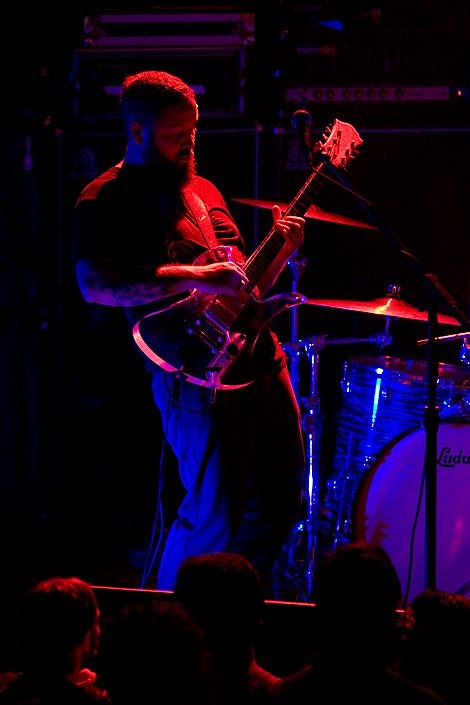 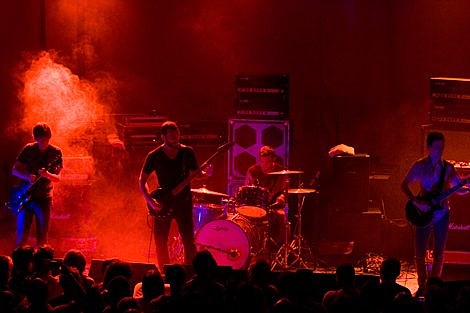 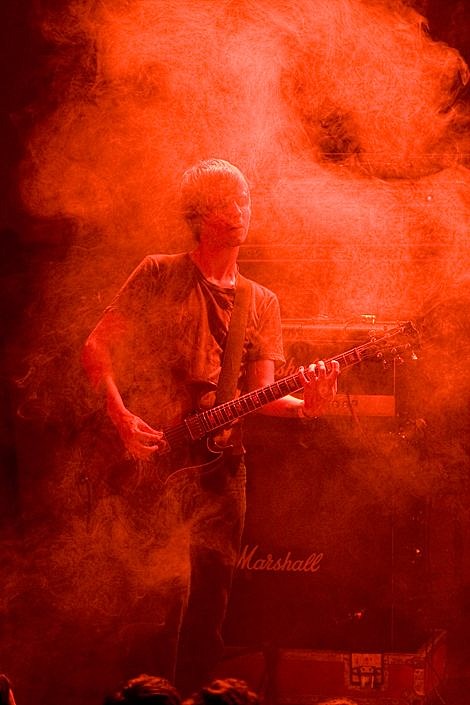 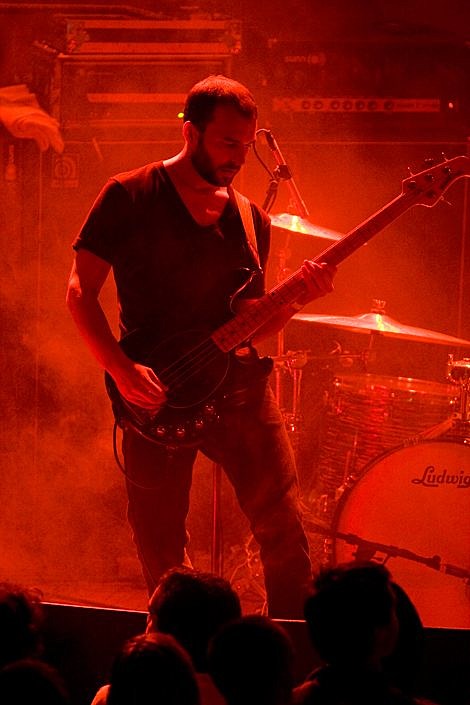 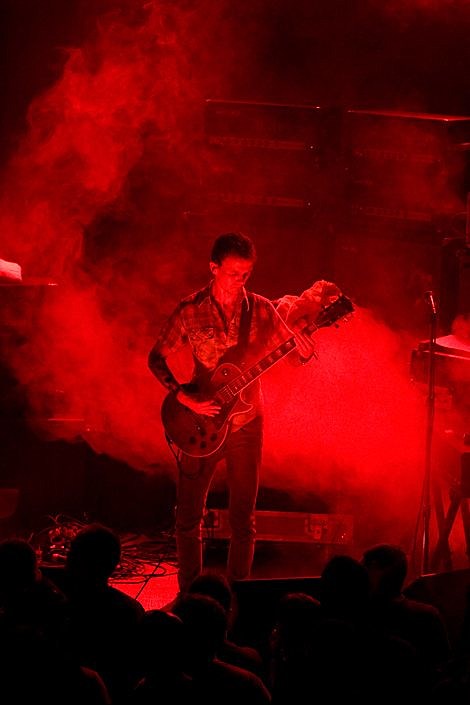 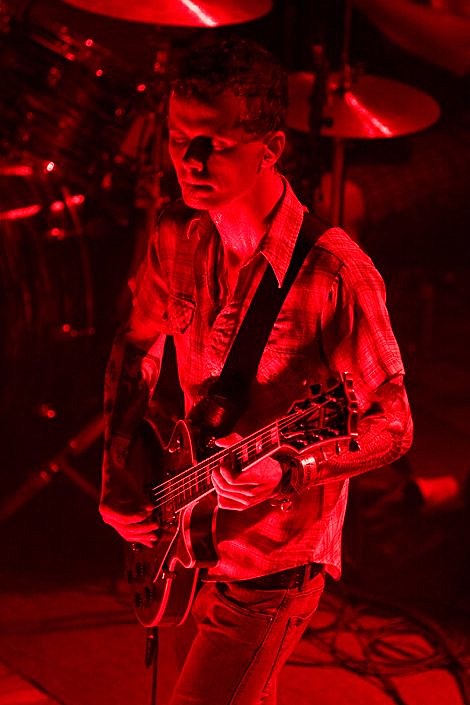 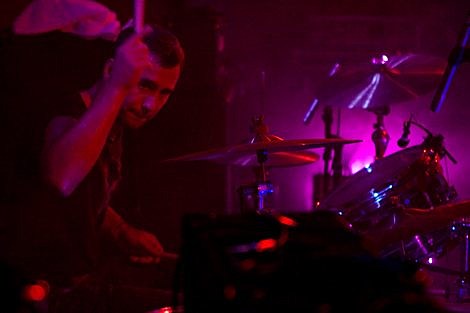 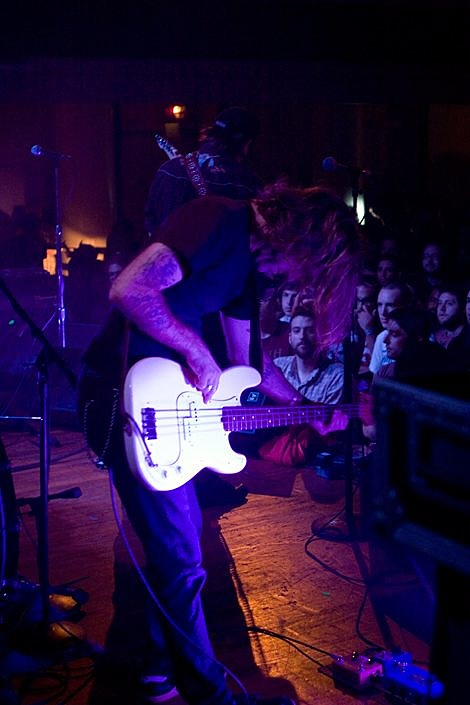 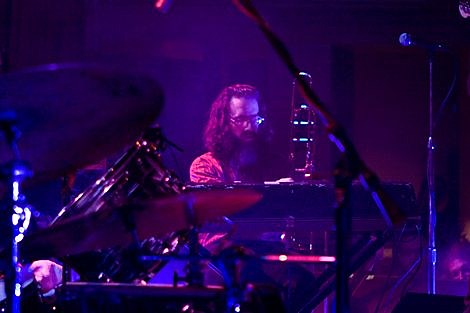 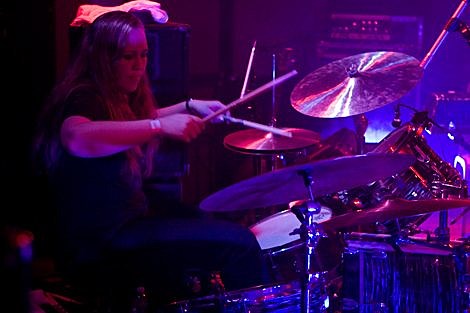 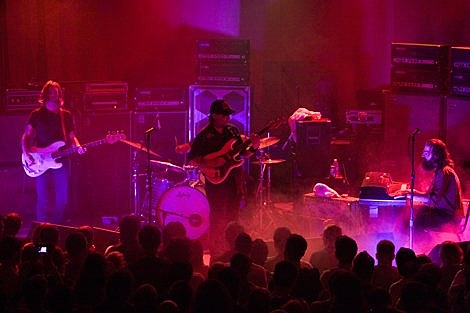 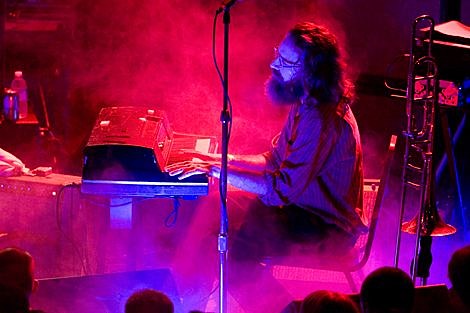 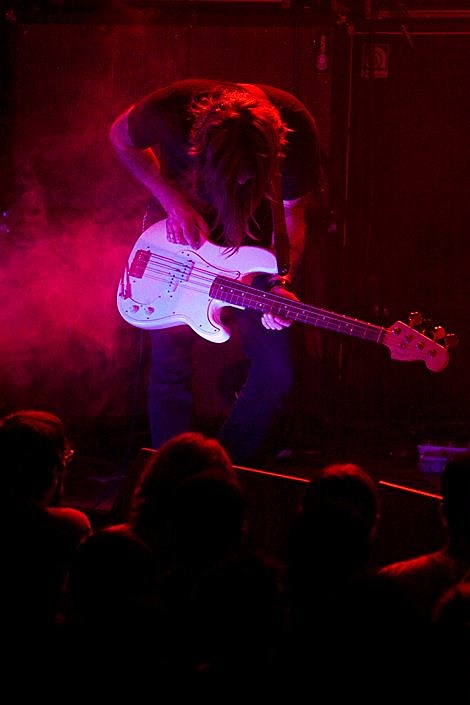 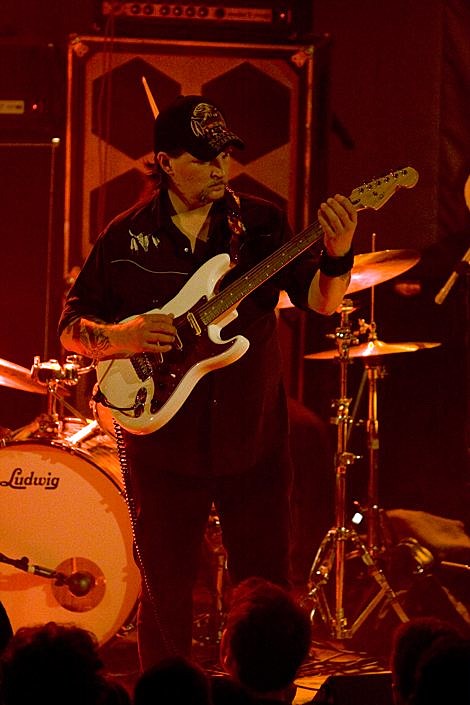 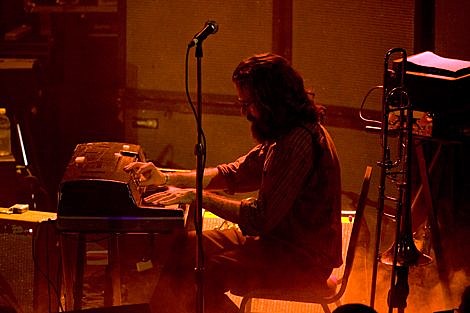 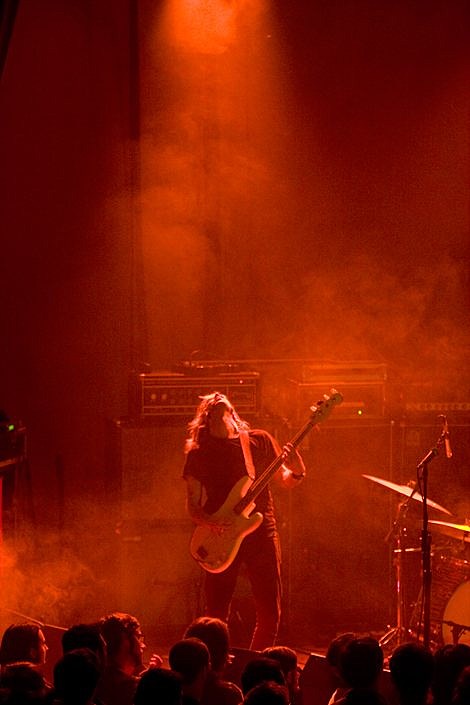