As mentioned, Atlanta rap duo EarthGang's new album Ghetto Gods comes out this Friday (2/25), after its release was initially delayed. Three songs are out now, including the just-released "Amen" (ft. Musiq Soulchild), and the duo have also just announced a world tour in support of the album.

The North American trek surrounds the duo's appearances at Okeechobee, Boston Calling, and Electric Forest, and also includes headlining shows in NYC, LA, Chicago, Detroit, Austin, Atlanta, and several other cities with support from Mike Dimes and Pigeons & Planes. The UK/Europe dates are with Blxckie.

The NYC show happens on May 18 at Brooklyn Steel, and tickets for the whole tour go on sale Friday (2/25) with presales starting Wednesday (2/23). All dates are listed on the tour poster below.

Meanwhile, EarthGang will be in NYC this Wednesday (2/23) for a signing/listening party at Rough Trade NYC (which is now located at 30 Rock). 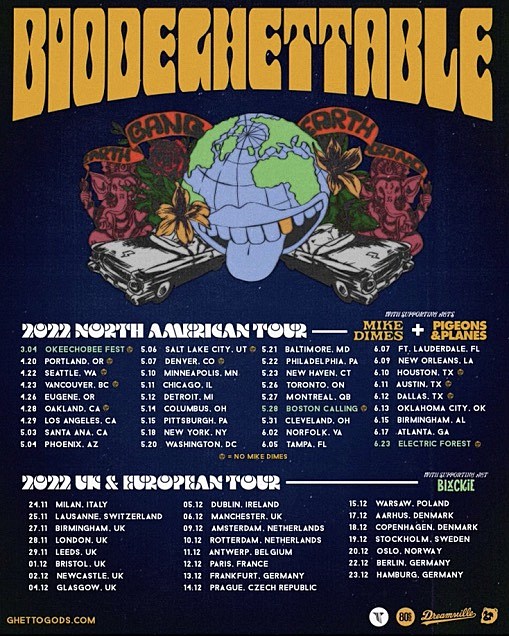