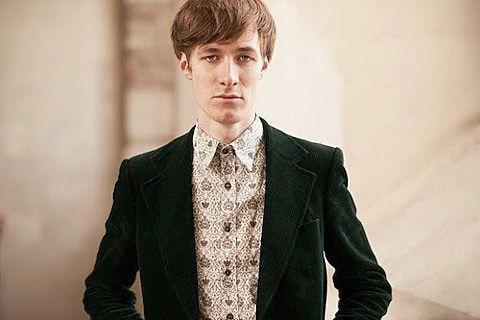 East India Youth's William Doyle is an artist of two halves. On the one hand he's an emotional electronic songsmith: think a James Blake you don't want to grab by the scruff of the neck and pack off to national service. On the other, he's an inventive composer who can turn his hand to Harold Buddesque soundscapes one minute (Total Strife Forever I-IV) and surprisingly banging techno such as Hinterland the next. His debut album - probably the first, and last, to feature a title constructed from a Foals pun - oscillates between these styles... - [The Guardian]

East India Youth's album Total Strife Forever is one of 12 records up for this year's Mercury Music Prize. If you haven't heard it yet, you can stream it via Rdio and check out a few videos below.

Between the two NYC shows, East India Youth will be on the West Coast opening for Gruff Rhys. All dates are listed, along with videos and streams, below...

East India Youth - LOOKING FOR SOMEONE