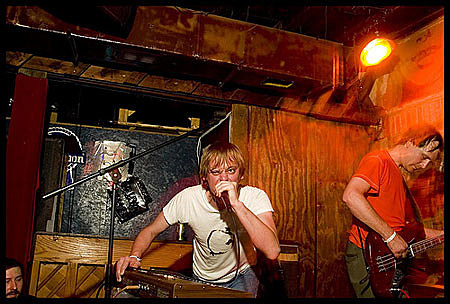 Portland, Oregon's Eat Skull have been making noise for less than two years now, but in that time have attracted a lot of attention. They've been lumped into the popular "lo-fi" or do I dare say, "shitgaze," genre, with the likes of Times New Viking, TVK and Pink Reason. Eat Skull incorporates elements of hardcore into their songs, making their poppy sound a little more rough. After releasing a number of 7"'s, all of which sold out almost instantly, Eat Skull finally put out their first full length, "Sick to Death," on Siltbreeze Records back in May. Like Panther, Meth Teeth and White Fangs, they're part of a new generation of bands making noise outside their hometown of Portland. MTV News invaded the city for a recent piece on the entire scene including The Thermals. That video is embedded below. 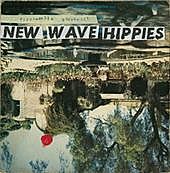 Eat Skull's Siltbreeze label-mates Psychedelic Horseshit, like Times New Viking, hail from Columbus, Ohio. Though also linked to the "lo-fi" sound, PH are a lot harder and more abrasive than most. The pop element is still there, just not as heavy. Psychedelic Horseshit sound like a band that is having fun. They don't care about being tied down to a specific genre and they like to play at a very high volume. Their live shows are always a good time and LOUD. Like Eat Skull and the town of Portland, Psychedelic Horseshit and the "lo-fi" sound were also the focus of an MTV News piece. That one was previously posted.

Eat Skull are on their first nationwide tour and will be in NYC this weekend. TONIGHT (9/19) they're at Dead Herring in Brooklyn with USAisamonster and Little Claw, Sunday they play DCTV (formerly the Tank) with Blank Dogs, and Monday (9/22) they're at Death By Audio. The latter two shows are also with Psychedelic Horseshit (...hey, isn't Brooklyn Yeasayer's turf?) who are then continuing on the road with Eat Skull down to Georgia. All Eat Skull and Psychedelic Horseshit tour dates, and video, below...