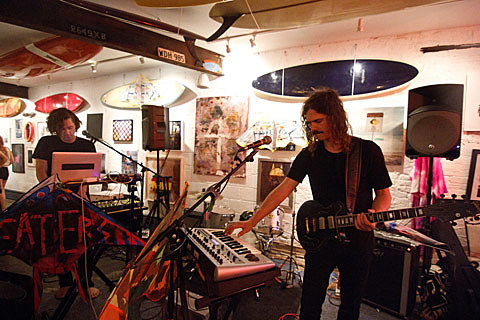 Brooklyn electronic duo Eaters are doing a few dates with Seattle hip hop act Shabazz Palaces starting tonight (6/5) in Milwaukee. That tour will hit NYC on August 5 at Music Hall of Williamsburg, and tickets are still available. Before that, Eaters will also play Brooklyn's Alphaville on June 19 with Future Punx and Nuraxi which is $8 at the door. All dates are listed, along with the Alphaville show flyer, below.

Eaters are also working on a new EP to be released by Driftless, which is titled Moment of Inertia and is based on a sound sculpture of the same name they premiered at the Chrysler Museum of Art in May. Stay tuned for that. Meanwhile, you can stream last year's self-titled debut below... 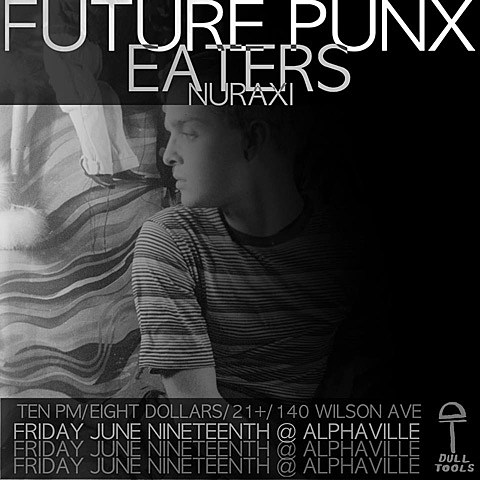