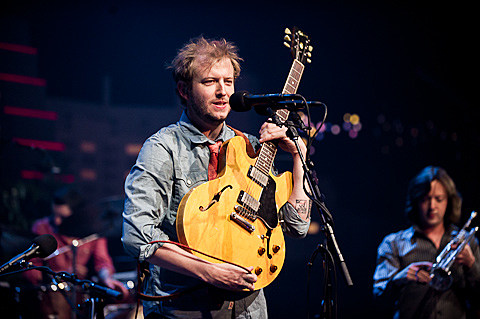 Bon Iver's Justin Vernon and The National's Aaron Dessner are holding their second annual Eaux Claires Music & Arts Festival in Eau Claire, Wisconsin on August 12-13. The official lineup hasn't been announced yet, but they sent a cassette featuring the artists playing the fest to those who bought early bird tickets.

Most excitingly, the tape includes a new (or at least unreleased) song by Fall Creek Boys Choir, the name of the song that Justin Vernon collaborated on with James Blake in 2011. It also includes an unreleased Bon Iver song from 2009 or 2010 called "Haven, Mass."

Listen to the whole tape below. The untitled Fall Creek Boys Choir song comes in at the one hour, fifteen minute mark.