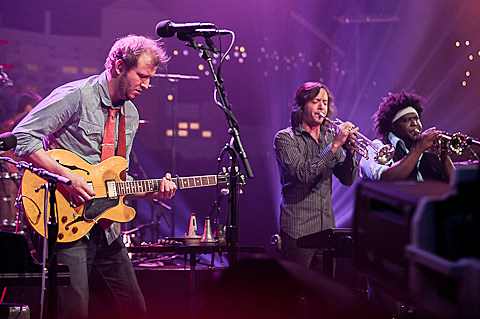 Earlier this week, Eaux Claires Music & Arts Festival curators Justin Vernon (Bon Iver) and Aaron Dessner (The National) sent out a mixtape to people who bought early bird tickets to the festival. It had unreleased music from several artists, who were presumably set to play the festival. Now the official lineup is announced, and it has several of those artists plus a lot more exciting stuff.

Full lineup and announcement video below...