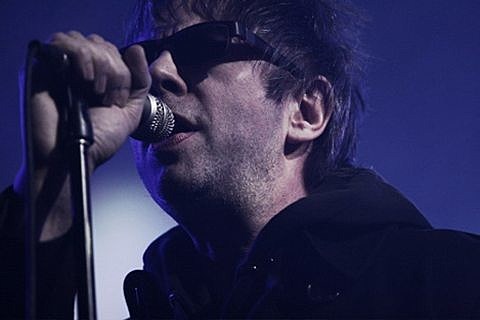 "One of the few U.K. post-punk bands still kicking around, Echo and the Bunnymen launched their new tour with a performance at Coachella earlier this month and then hit stateside clubs in support of their most recent album, last year's The Fountain, a moody, atmospheric record that sounds a lot like their subdued releases from the middle of the decade.

Singer Ian McCulloch and guitarist Will Sergeant are the only remaining original members. They've fleshed out the lineup with a group of capable young hired hands." [Cleveland Scene]

Luckily for Nicole, and anyone else who wants to see Echo and The Bunnymen but missed Saturday night's show at Irving Plaza, they (and opener Hatcham Social?) play the same venue again Sunday (a date that was added since the the original tour announcement). Tickets are still on sale.