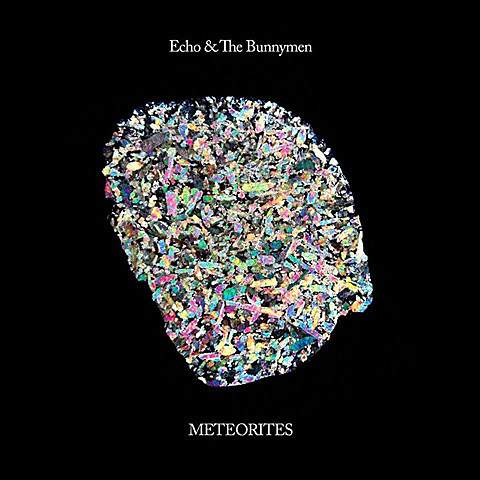 Echo & the Bunnymen have a new album, Meteorites, due out May 26. It's the band's first new album in five years. The record began as an Ian McColloch solo album but guitarist Will Sergeant ended up contributing guitar, hence it getting the E&TB name. McCulloch says the record features his most personal lyrics yet and he seems quite pleased with it in the press release:

At long last we've made the worthy successor to 'Crocodiles', 'Heaven Up Here', 'Porcupine', and 'Ocean Rain'. 'Meteorites' is what Echo and the Bunnymen mean and are meant to be...up there in Heaven...untouchable, celestial, beautiful, and real...it has changed my life.

Mind you, he says a variation of this with every new record. They don't call him "Mac the Mouth" for nothing.

You can listen to three tracks from Metorites in this post and "Lovers on the Run" (which premiered on The Quietus today) definitely has some of the cinematic drama one associates with the Bunnymen's golden years. No word on a North American tour (they were last here in 2011) but stream the tracks below...