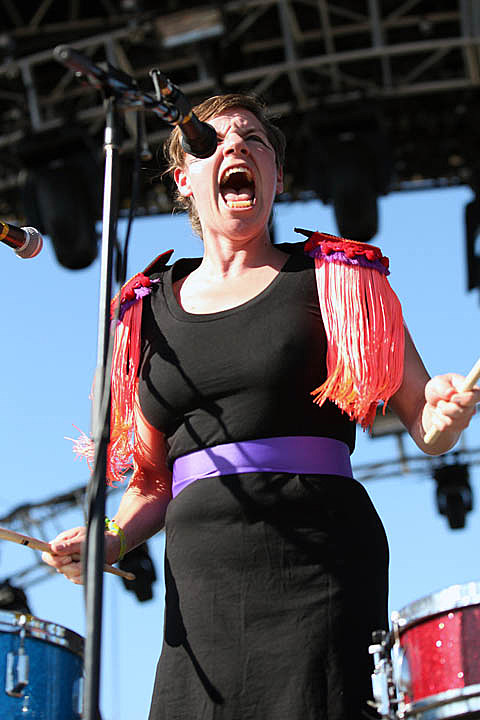 Indie/classical festival Ecstatic Music Festival has expanded and now includes a free summer concert series called Ecstatic Summer, which is part of the River to River Festival and will happen at the World Financial Center. The first show will is June 30 with Merrill Garbus (tUnE-yArDs), 8-piece vocal group Roomful of Teeth, composer William Britelle, and The Yehudim. Roomful of Teeth will be performing compositions by Merrill Garbus and William Britelle, and in addition Merrill will be playing some tUnE-yArDs material as well.

The third show is on August 25 and will feature Brooklyn disco orchestra Escort collaborating with the equally large Darcy James Argue's Secret Society. They'll play new work in addition to interpretations of each other's existing work.

Speaking of tUnE-yArDs, their tour comes to NYC next month for a previously mentioned show at Terminal 5 on June 1 with Micachu and the Shapes and Delicate Steve. Tickets are still available. The video for "My Country" is below...