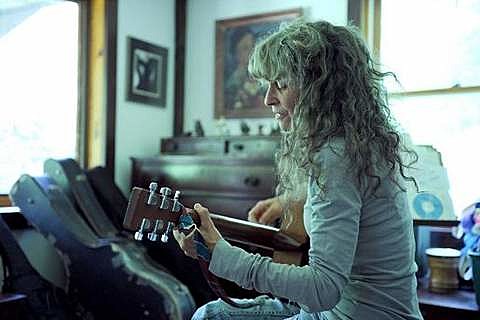 Cult folk singers Kath Bloom and Ed Askew, who have teamed up in the past, will again be joining forces for two shows together this October. The first happens on October 6 at Yale Botanical Gardens in New Haven and the second is in Brooklyn on October 7 at Pete's Candy Store with Tica Douglas and an open mic beforehand. No advance tickets for either show at the moment.

The very prolific Ed Askew released his most recent collection, Laughing in the Light, which he recorded this year in his home with pro-tools and an Alesis synth. You can stream that album below and purchase it for $7 at his bandcamp.

Meanwhile, Kath Bloom put out her first release since 2010's Thin Thin Line with the Here I Am EP in June via Mark Kozelek's Caldo Verde Records. You can download that EP on iTunes. She's also got another 2012 release planned called "Anything Can Go At Any Time." You can listen to the track of the same name HERE, and check out a list of all upcoming dates below.