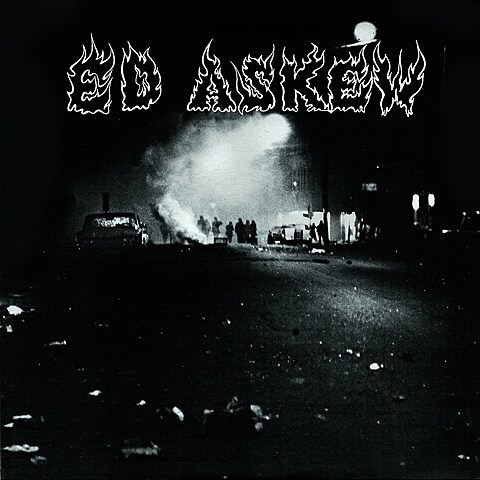 Folk legend Ed Askew reissued his 1984 album Imperfection on Drag City a few years back, and he just gave the first-ever fully remastered reissue to the album that started it all, 1968's Ask the Unicorn. It first became available again in 2005, right in the midst of the "freak folk" movement that took influence from cult singers like Ed, but the new pressing is now out on vinyl/CD/MP3 via Tin Angel Records. Order yours.

Jessica Thompson (Awesome Tapes from Africa, Tompkins Square) did the remastering, and it sounds great -- warmer than the digital version that was previously being circulated. If you haven't heard it, it's definitely an essential listen. Ask the Unicorn is an album that sounds like outsider music even compared to other '60s psychedelic folk, and it feels safe to call it truly ahead of its time. It fits in more nicely with early Destroyer than Tim Buckley. Stream the remastered version below.

Ed is celebrating the reissue with a release show in NYC on Tuesday (11/3) at Union Pool with Mary Lattimore & Jeff Ziegler, Sapropelic Pycnic and Yaman Palak. Tickets are on sale.