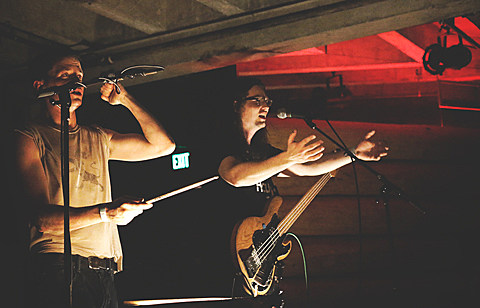 Ed Schrader's Music Beat released their new album Party Jail last month via JEFF The Brotherhood's Infinity Cat label. As the title implies the record is a good time, 13 hyperactive tallboys of fuzzbass dancepunk, not a million miles away from Le Tigre or The B-52s. It's a lot of fun and you can stream the whole thing (via SPIN) below.

There's a Party Jail release show this Friday (6/13) at Shea Stadium in Brooklyn with Ski Mask and Whore Paint opening. ESMB have a few other shows lined up in June and July and all dates are listed, along with the album stream, below...