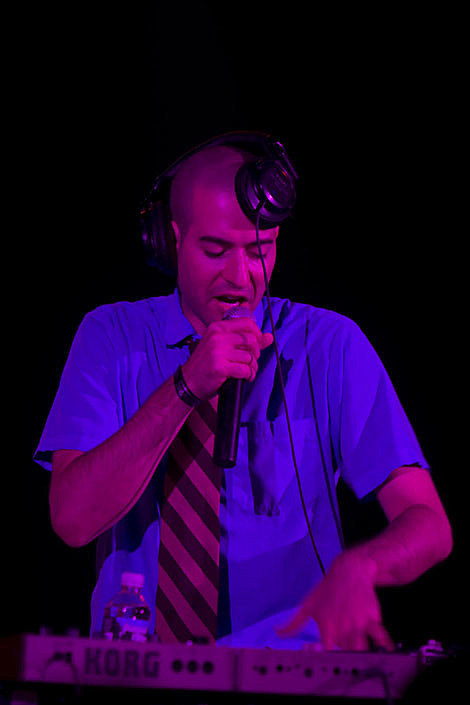 The last time I was able to catch the Humble Magnificent live and in the flesh was almost two years ago, at the first showing of ATP New York. Now Edan will bless NYC with a show at Knitting Factory on August 24th with Paten Locke. Tickets are on sale. The show will include a screening of Edan's Echo Party, the accompanying video to his 2009 mixtape of the same name:

[Video director Tom] Fitzgerald, a film archivist from Los Angeles, is best known for his work directing videos for Cut Chemist. His trademark style is in evidence here as he splices footage from diverse sources to create a synchronised and expressive accompaniment to Edan's record.

Dig on a clip from that, as well as some live videos, below.