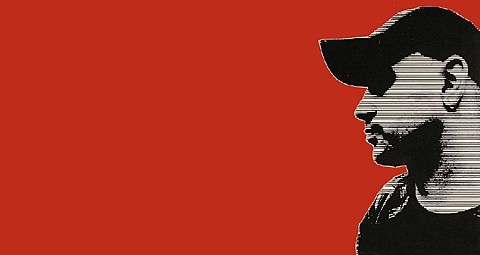 The New York portion of EDM festival Electric Daisy Carnival happens this weekend at NYC-area venue MetLife Stadium (5/24 & 5/25) with many of the usual EDM big players but some more interesting stuff too like AraabMuzik, Rudimental, Skream and more. In what also seems like a pretty interesting move, Williamsburg hot spot Output will be hosting two afterparties and a pre-party that are taking an old school approach, including many veterans of NYC's '90s rave and club scene.

The first night (5/23) includes Swedish techno vet Adam Beyer joined by three NYC vets: Francois K who got his start in the '90s at Paradise Garage and Studio 54 and currently runs the Deep Space party, Frankie Bones who helped bring rave culture to the US, and Lenny Dee, another of NYC's earliest DJs and a past collaborator of Frankie Bones. I don't know often they still play together, but in the early 90s, hardcore techno fans saw a lot of LD & FB. Tickets are on sale now.

Then the next night (5/24) has John Digweed, once famous for his DJ nights at Twilo with Sasha in the '90s, Alex Graham, another regular at Twilo parties, Canadian duo Art Department (aka legendary techno/house vet Kenny Glasgow and newer-comer Jonny White), and Nicolas Matar, founder of NYC dance club Cielo (home of Francois K's Deep Space parties). (Tickets.)

Then on the last night (5/25) it's less NYC-centric with Berlin's Tale of Us (aka Karm & Matteo Milleri) and Ireland's Chymera. (Tickets.)

Flyers for all three parties and some streams below...

Nicolas Matar at Cielo in 2010 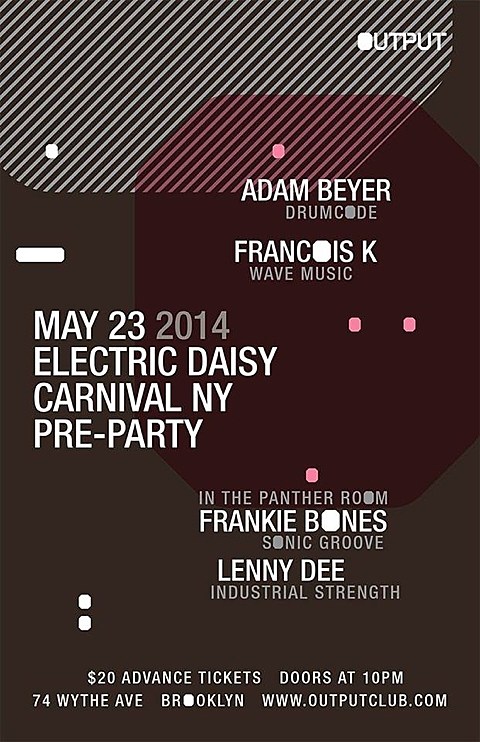 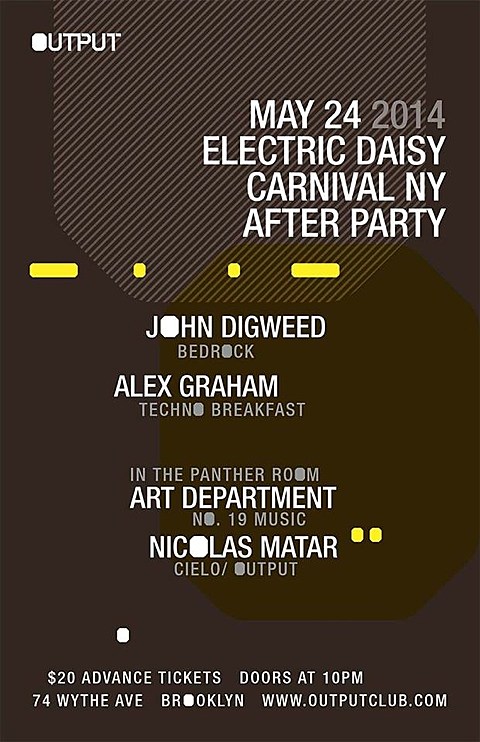 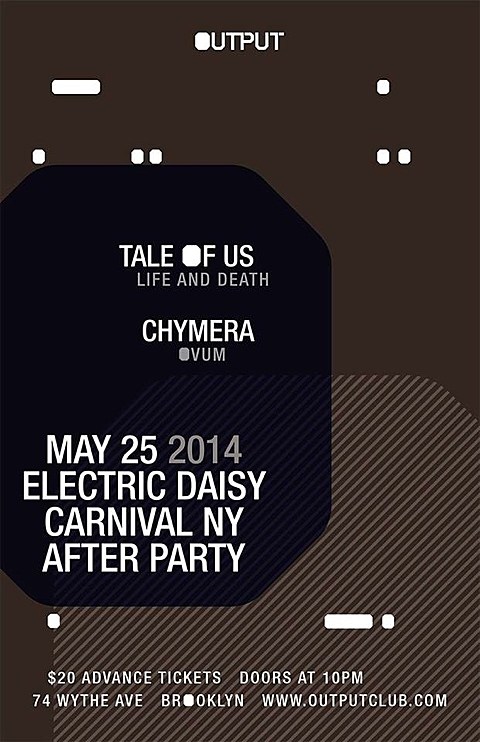