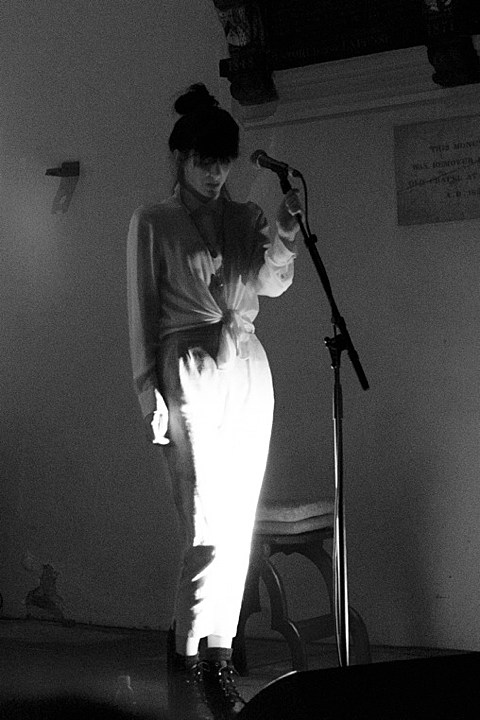 While she has performed many times in her home of NYC before (as Ivana XL), as Eddi Front she has yet to play live. That will change when Eddi Front makes her U.S. debut at The Slipper Room on January 24. Tickets go on sale Tuesday (11/27) at 11 AM.

Eddi Front's self-titled EP, four songs of moody piano torch songs, was released earlier this month via Best Fit recordings and you can stream the whole thing below. Also below is the new video for the EP's lead track, "Gigantic."