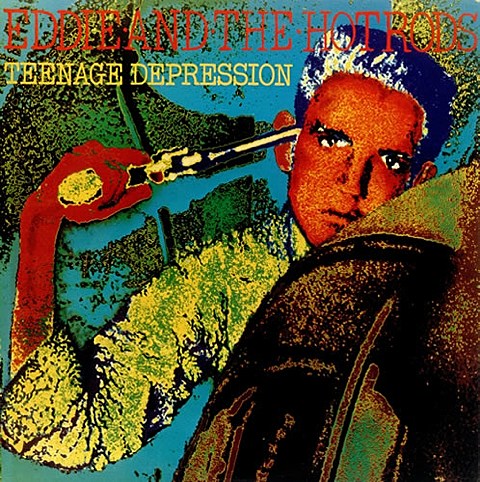 UK punk/pub rock vets Eddie and the Hot Rods' initial career resulted in three arguable classics of the late '70s punk era with 1976's Teenage Depression, 1977's Life on the Line and 1979's Thriller. They initially called it quits in 1981 after one more album, that year's Fish 'N' Chips, but singer Barrie Masters has reformed the band multiple times, having gone on a handful of tours in the past decade and last releasing 35 Years of Teenage Depression (with re-recordings of the 1976 album and some new material) in 2011. They'll be hitting the road once again this fall, including a North American run in October that culminates in NYC on October 25 at The Bowery Electric.

That show has a strong support lineup too, including Norton Records garage rock vets The A-Bones, and Daddy Long Legs, who are no strangers to the Norton scene themselves. Rockabilly band The Bloodshots round out the bill, and tickets are on sale now. All dates are listed below.

A-Bones singer Miriam also has two other shows in NYC, including another at Bowery Electric on September 12 with more '70s-era punk vets, Dead Boy Cheetah Chrome and UK "punk poet" John Cooper Clarke (tickets); and another show with The Muffs and Upset on October 10 at The Bell House (tickets).

List of Hot Rods dates, with a 2010 live video and a Teenage Depression stream, below...