DOWNLOAD: Eddie Front - Arthur's Theme (The Best You Can Do) (MP3) 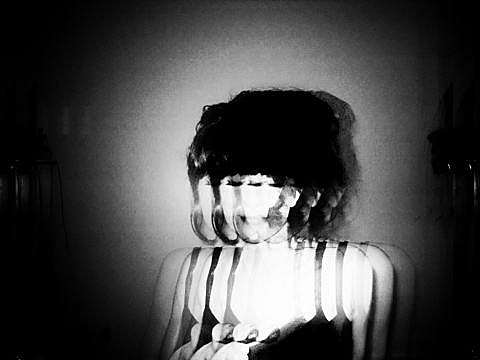 Eddi Front, who released an EP late last year, has been in a mellow mind of late. A couple weeks ago she covered Carly Simon's "Nobody Does it Better" (the theme from Bond flick, The Spy Who Loved Me) and now she's taken on another soft rock movie soundtrack favorite: "Arthur's Theme (Best You Can Do)" which was written by Burt Bacharach and Carole Bayer Sager and originally performed by the man who put the yacht in Yacht Rock, Cristopher Cross. With spare detuned piano backing it's a little more sad than the original, but very pretty. You can stream it below, along with the other cover.

Eddie Front plays Rockwood Music Hall tonight (5/13). Doors are at 6:30 PM and the show starts at 7 PM. Tickets are still available but if you'd like to go for free we're giving away a pair of tickets. Details on how to enter, as well as those song streams, are below.

======================
For a chance at winning a pair of tickets to see EDDI FRONT AT ROCKWOOD MUSIC HALL: either tweet something that includes both @BrooklynVegan AND "EDDI FRONT" in the tweet, or send an email to BVCONTESTS@HOTMAIL.COM with the subject line "EDDI FRONT". Include your first and last name in the email. We'll pick a winner at random and contact them with more details. If you enter by email, it will not be shared with anyone else. Good luck!
======================