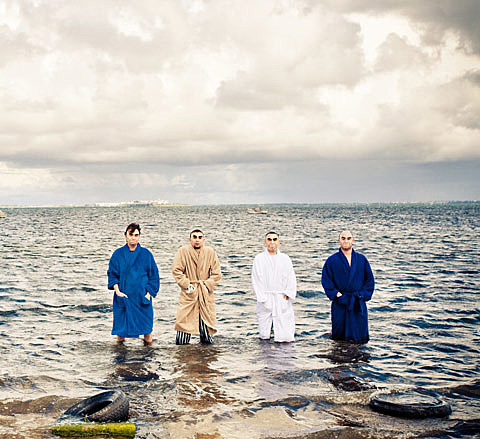 I haven't been this excited about a weekend of music in a long time. So much so I don't know how I'm gonna fit it all in.

Let's start with Australia's Eddy Current Suppression Ring who play Cake Shop on Friday (6/18) and Death by Audio on Saturday (6/19) (the second show was originally scheduled to take place at Market Hotel). The band have, to me at least, one of the great band origin stories ever: they formed after a drunken Christmas party at the vinyl pressing plant where they all worked.  whose new album, Rush to Relax, is one of my favorites of the year so far. Download "Anxiety" from it above. It was was supposedly recorded in six hours though it doesn't sound it. Or maybe it does. There's a definite nervous intensity to it -- ECSR are pretty highly charged in general -- and bristles with energy. A lot of this comes from front man Brendan Suppression, whose delivery sounds like he's pacing the entire time. It's a great album.

Eddy Current Suppression Ring live shows are legendary. (There's video from a recent Sydney show at the bottom of this post.) You'd be dumb to miss them. Both nights are with Pissed Jeans which should add to the insanity. Seriously, go see them! 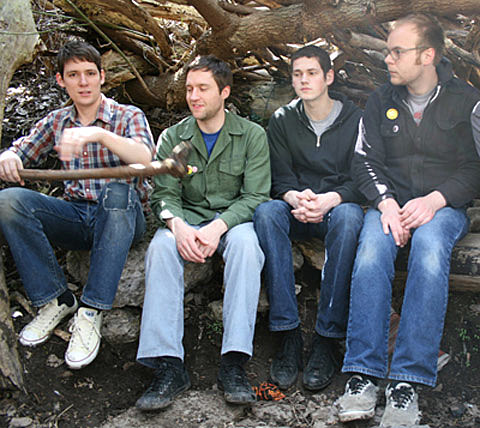 The other touring band I'm super-pysched about seeing this weekend is Milwaukee's The Goodnight Loving, who play Silent Barn tomorrow (6/17), then Bruar Falls on Friday (6/18), Cake Shop on Saturday (6/19) and Maxwell's on Sunday (6/20).

As I wrote previously, these fine Midwesterners channel the twangier side of the '60s British Invasion (Out of Our Heads era Stones, or the Kinks around Face to Face) and do it with some great songwriting. There are two MP3s at the top of this post: last year's great single "Nothing Conquers Us" and "The Pan" which is from their new album, The Goodnight Loving Supper Club, due out July 20 on Dirtnap Records.

If you're looking for something to tide you over till then, the band just released a new 12" on Italian label Wild Honey that has five new tracks on one side, and some lovely silk-screened artwork on the flip. I'm hoping they're gonna have copies of that at the merch table. And 2006's Cemetery Trails is excellent too.

The Silent Barn show is with '90s shoegaze lovers Big Troubles, Bright Lights and Fire Season; the Bruar Falls show also has Ex Humans and Bass Drum of Death; the Cake Shop lineup includes SpaceCamp and Prince Rupert's Drops; and at Maxwell's  you also get Reigning Sound (one night after they play Southpaw). 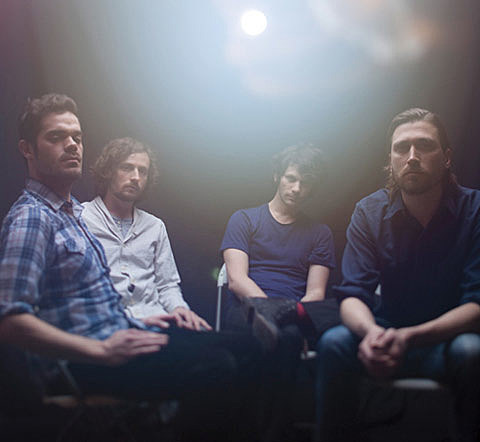 The Ponys are in town this weekend playing two shows with fellow Chicagoans Disappears and Austin's Woven Bones: Friday (6/18) at Mercury Lounge and Saturday (6/19) at Union Pool. I think the last time I saw the Ponys was probably at Siren Fest 2004? Can that be? That was around the time of their great first album, Laced with Romance, which still sounds awesome. Quiet since 2007's Turn the Lights Out, The Ponys are back with a new EP, Deathbed Plus 4, that finds them pretty much where you remember them: cranking out catchy, goth-tinged garage. (I wonder if they got the EP name from the cult horror film Death Bed: The Bed That Eats? Probably not.) The goth part comes through loud and clear on "Check the Door" -- downloadable above -- which just maybe sounds a little like Joy Division's "New Dawn Fades."

Ponys guitarist Brian Case fronts Disappears who are worth seeing in their own right. Their new album, Lux, is dark and heavy, kinda Kraut-y, definitely loud and pretty great. So if you like the '80s Flying Nun or Pre-Brix era Fall (or any Fall, really) you should check out Disappears. You can download "Check the Door" at the top of this post.

All three of these bands appeal to the same crowd, but Woven Bones are the sneering-est, scuzziest of the lot. The songs on their new album, In and Out and Back Again (dirty!), are all cut from the same blueprint (the two MP3s above is the extent of their stylistic range) but they are masters of their sound. They're good live, too -- the room seems to heat up whenever they play.

Should mention that the Mercury Lounge show also has The Forgery Series, which is Sohrab from Obits amongst others.

AND A FEW NIGHTLY PICS:

As previously mentioned (but not in tonight's What's Going On post), tonight's "secret" show at Death By Audio features Bleach Waffles, Mild Touching and, Slankie Morose. And if you can't figure out who that is well... try harder. It's a late one, doors at 11PM, but it's only $5. And a five-spot for some mild touching...that's a bargain.

continued below with dates, videos, flyers and more... 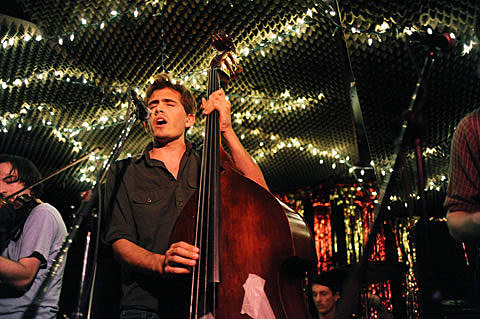 I caught recent Captured Tracks signees MINKS when they opened for Veronica Falls a few weeks back and thought they were great, sort of jangly '80s Cherry Red sounding. They play Cameo on Friday with Bad Credit No Credit, Not Blood, Paint, and Pass Control.

Wild Nothing (not to be confused with Mild Touching) play Monster Island Basement with Ducktails, Minneapolis' Velvet Davenport and Woodsman.

North Highlands play Open Road Rooftop in the LES. If you haven't seen their truly lovely video for "Sugar Lips" yet, it's at the bottom of this post.

Wild Nothing open for the Morning Benders and Freelance Whales at the free show happening on Governors Island. Plan ahead if you want to catch the opener and get on a ferry before the island reaches capacity (aka get there early)

I could go on, there's a zillion good other shows this weekend. But that's enough for one column. Flyers, videos and tour dates are below. 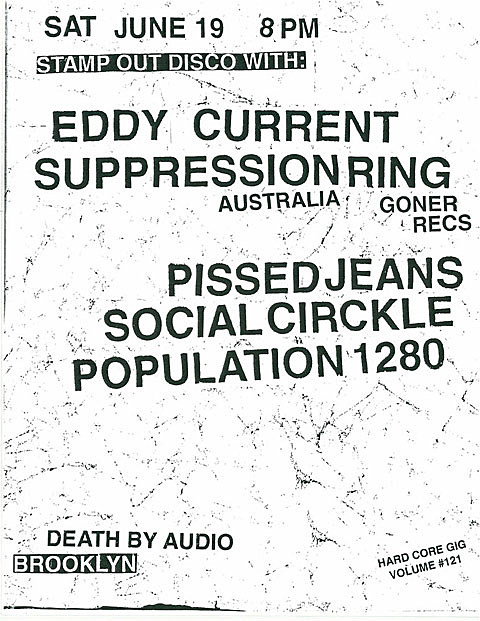 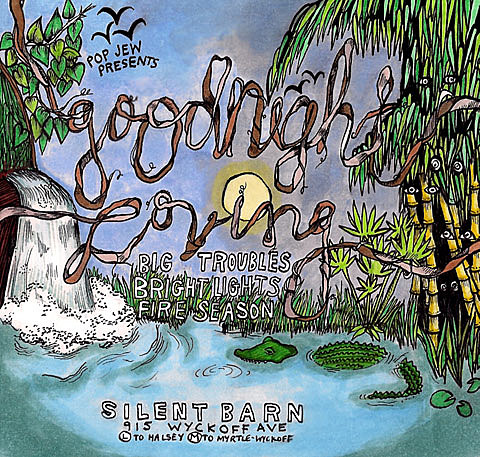