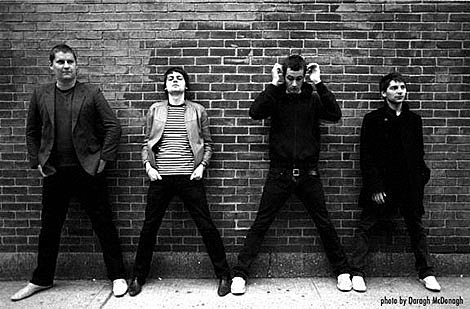 "After two years away, Editors are returning to the US for a headlining North American tour this February in support of their new album In This Light And On This Evening. The album, which is out stateside via FADER Label January 19th 2010, debuted #1 on the charts the week of release in the UK this past October and charted in the Top 10 throughout the rest of Europe."

Editors kick off the tour in Seattle on February 6th and end in Washington DC on the 21st. The NYC show is February 19th at Terminal 5. Tickets for the whole tour go on sale 12/12. All dates and the video for their first UK single off the new album, below...