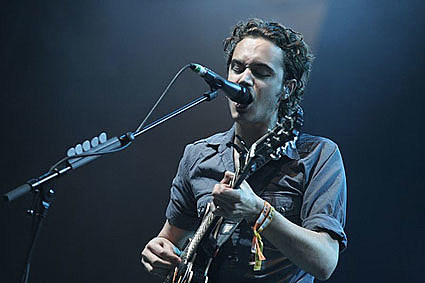 EDITORS ' new album 'An End Has A Start' is out today in the UK on Kitchenware/Sony BMG, and comes out in the US on July 17th on Epic/FADER Label/Kitchenware. This past weekend the band played Glastonbury, and in September they'll tour the U.S. again.

Tickets go on presale this Tuesday @ 10am. The show in NYC is at Webster Hall on September 7th. All tour dates below....

"EDITORS will also be doing a special outdoor performance on Jimmy Kimmel Live on Thursday, July 26th, which will air on ABC that evening at 12:00am (11:00pm central)."

"On Tuesday, June 26th, EDITORS are releasing 'Smokers Outside The Hospital Doors' as the first US single, with B-sides 'An Eye For An Eye' and 'The Picture'. Also available on Tuesday on iTunes, EDITORS"