The Saturday night Editors show is back at the Annex. If you bought tickets when the show move to Hiro Ballroom earlier today, you're in luck - THEY WILL still be honored at the Annex (they had enough kept aside for the Annex show anyway). Plus One & Tiswas tried to meet demand by moving the show to a larger venue, but the venue was not actually available, though they were told it was for a minute. If you had plans to spend the evening in the LES, now you still can.

Reports from the California shows are all over the internet...

"...I missed Editors at Spaceland last night. Boy Im glad I did. From what I've heard the show was completely PACKED. There was a line out the door and around the corner. Which is all well and good for Editors, but bad for a clausterphobic blogger such as myself. I'll have my redemption TONIGHT when the band plays Cinespace...." [Rock Insider] 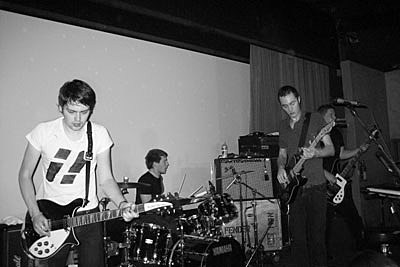 "so, i just got back from probably the most enjoyable show ive ever experienced at spaceland. the editors fucken owned the joint and people were totally into it. okay, and they are totallys exy brits, so thats always nice. hahaha. they are totally new wave and modern at the same time, the singer kinda sounds like the dude from husker du and interpol but its hot and the music is great to dance to, make out to and other things i havent discovered to. haha..." [Jennie's Livejournal] 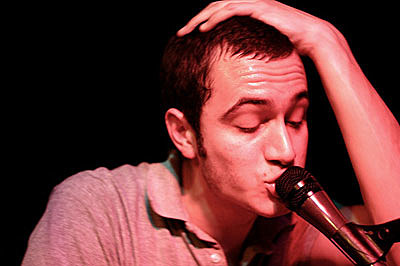 ""....last night i went to cinespace to see Editors again. Again It was really over crowded. They let in 2 hours before the group was set to take the stage and usually when a band plays there people mingle around and go from room to room till the band comes on. The performance room was way over packed for 2 hours as everyone was crowding around the front of the stage. It was really hot and the time went by at a crawl but once the band took the stage, everything was all worth it. Editors did another amazing set that had the crowd going wild for them. They should be back here in march for another show and then again in april for coachella...." [hardday4dreamin's livejournal]