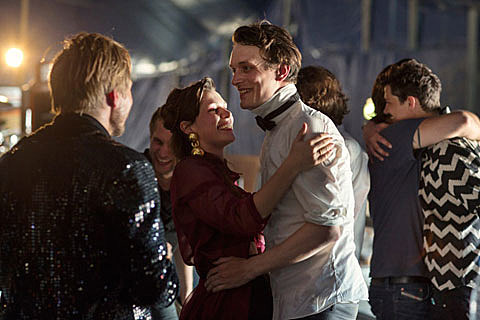 In a posting on their website titled, "THE LAST CONCERT - ONE FINAL SHOW TO CELEBRATE THEM ALL," Efterklang write:

February 26th 2014 we will play one last concert in Sønderborg, Denmark, where we grew up.

It will be the last concert with Efterklang as you and we know it. We are not sure what happens after this concert. It is time to reflect and time to move forward. We want to fundamentally change what it means to be Efterklang and how we operate, create and perform.

So come say goodbye with us!

We are celebrating a decade of Efterklang releases and concerts and we are doing it in the most decadent way.

The local symphony Sønderjyllands Symfoniorkester, conductor Hans Ek and the local girls choir will join us on stage and so will a long list of special guests including Thomas Husmer and Rune Mølgaard from the original 5 piece line-up of Efterklang.

The last concert will feature highlights from all our 4 albums as well as new songs, that in fact are almost 10 year old songs we've never released, but whom we care for very much. This will be the only chance to hear these songs live.

We are not taking this concert on tour and we plan on making this a very special night. An exploration, a rite of passage, a strange celebration. You are hereby invited.

That's maybe one less band for 4AD, though they just signed two more to make up for it: Merchandise and Future Islands.