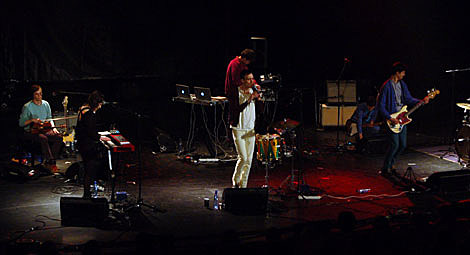 On Tuesday February 23rd [TODAY] from 5-7pm at the Clark Studio Theater [at Lincoln Center] in Manhattan, an 8 piece orchestra, made up of kids from PS. 859, a public school for musically gifted children from grades K-8 (aka The Special Music School) will perform Efterklang songs in tandem with a filmed performance of the band. The band will be projected on a 20-foot high screen behind the kids. We call this collaboration Efterkids! With this performance, 4AD and Efterklang hope to raise awareness for the overall issue of music education in schools.

Entry to the Efterkids show is free; RSVP to rsvpnyc@4ad.com. Prior to the show, there will be a listening party for Efterklang's new album, Magic Chairs, which is out today (and a song from which is above). More details are below.

I saw Efterklang twice over the weekend at by:Larm. Both were 30 minute sets which is standard for all shows at the Norweigian festival. Like Oh No Ono, the Danish band are big in Scandinavia. Efterklang are more established though, with three studio albums, the newest being on 4AD. Both shows I saw were in big theaters. The second was in a seated venue called Folketeateret...

Folketeateret is a stage for music and theatre in the centre of Oslo. The building is over 70 years old and used to be the home of the Norwegian Opera & Ballet.

In 2009 Folketeateret opened after a long renovation process, and the building's rich tradition and architectural greatness is clearly visible in the new theatre.

As you can see in the pictures that continue below, the place was pretty packed, and at this performance especially, Efterklang put on a beautiful performance. It was also really nice to be seated, even if just for a short time. Most of the time I was running around like crazy in the snow from venue to venue.

Efterklang's upcoming US tour includes a March 3rd show at (Le) Poisson Rouge and ends with a run of SXSW shows in Austin. For their LPR show and others, they'll be touring with Austin's Balmorhea. LPR tickets are still on sale.

All tour dates for the band are here. Efterkids details, flyer and re-posted "Modern Drift" video, along with more pictures from Norway, are below... 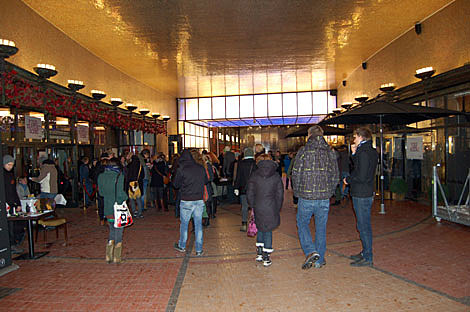 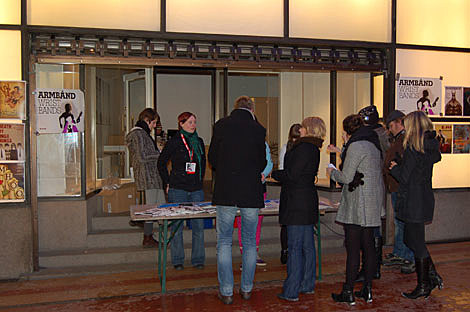 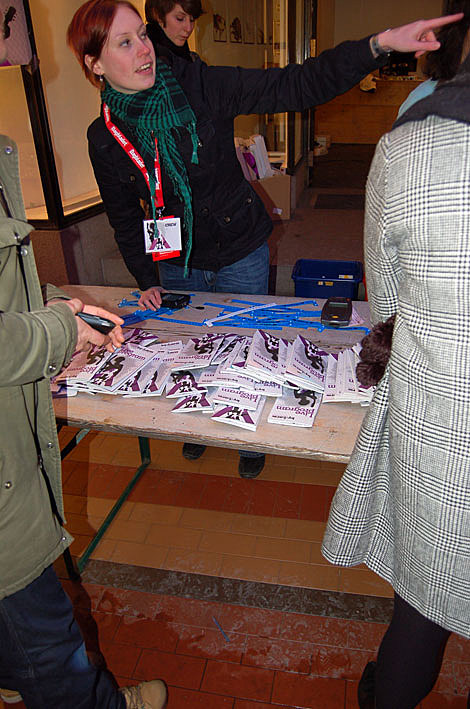 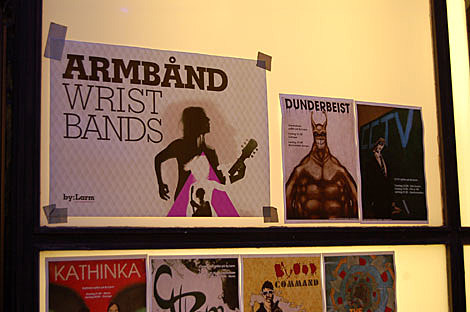 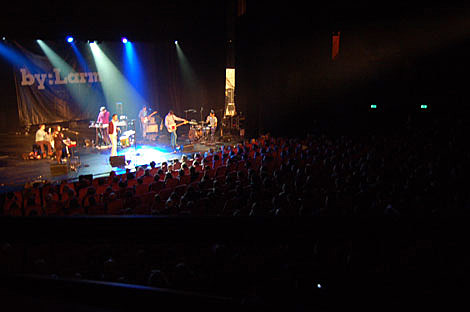 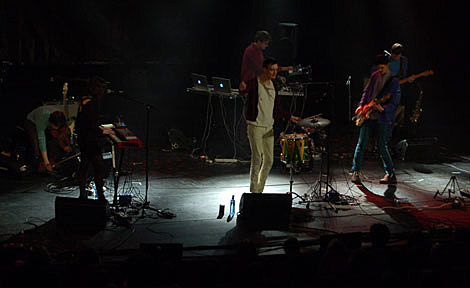 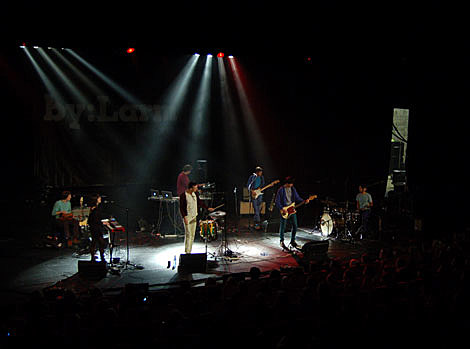 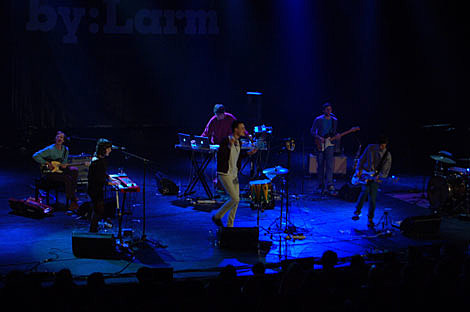 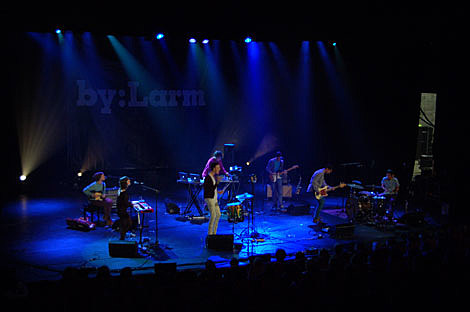 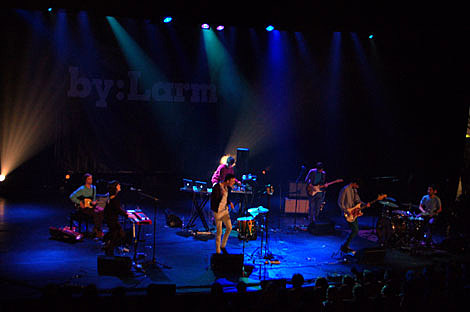 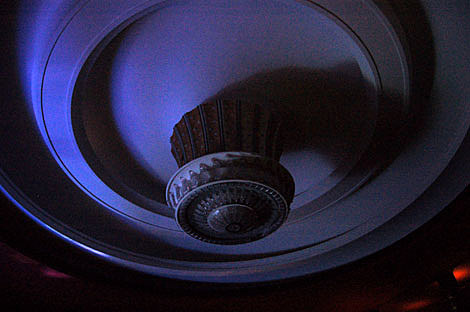 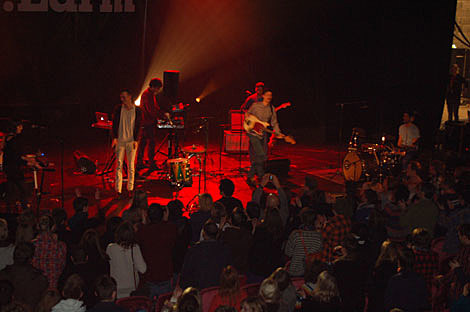 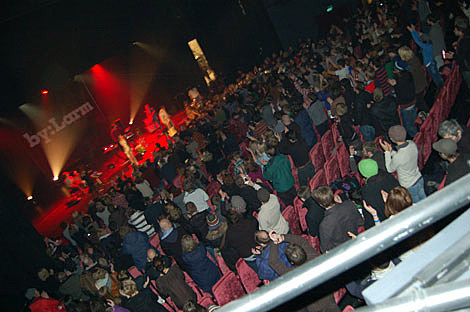 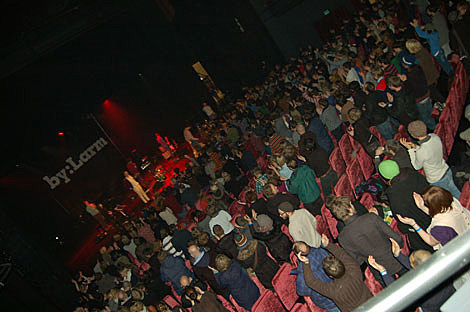 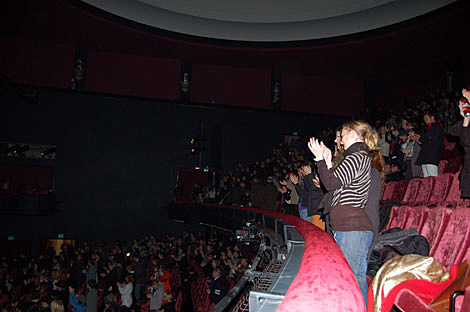 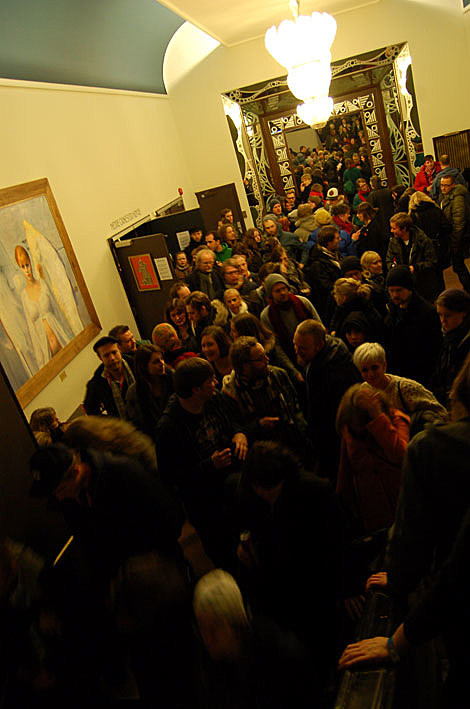 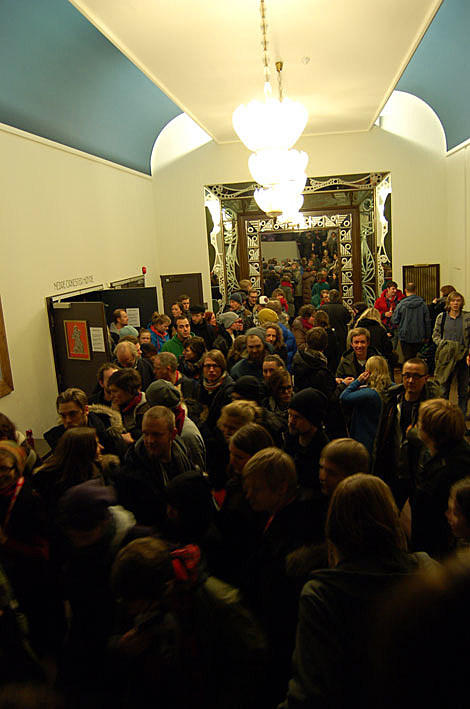 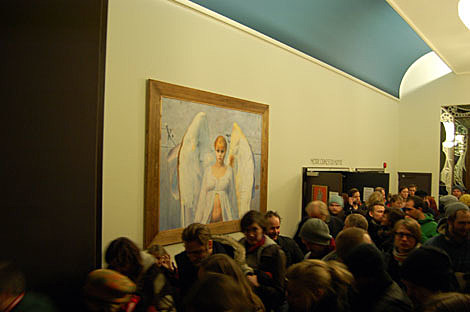 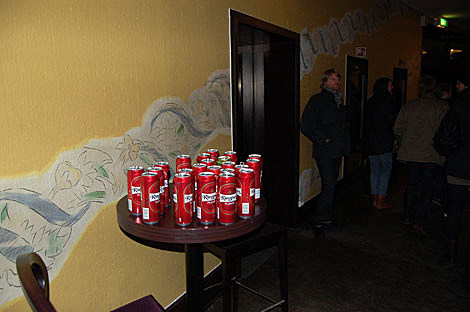 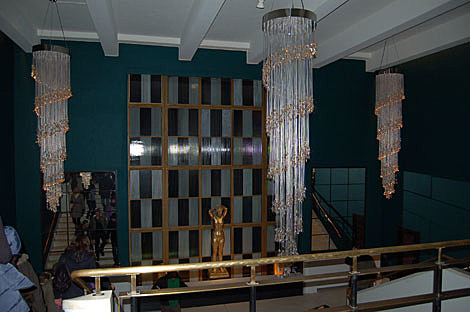 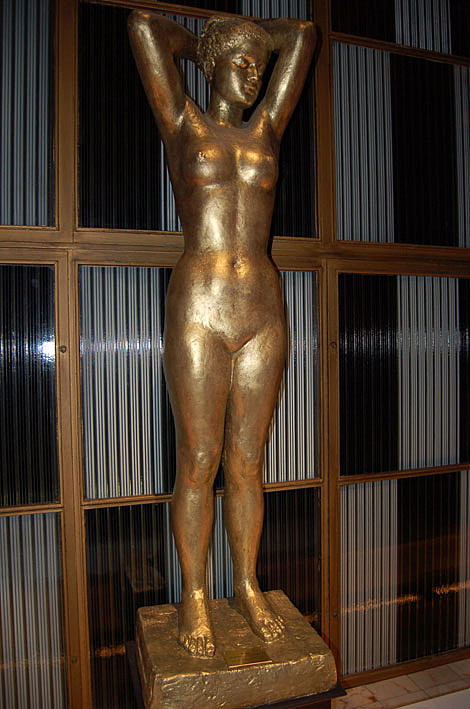 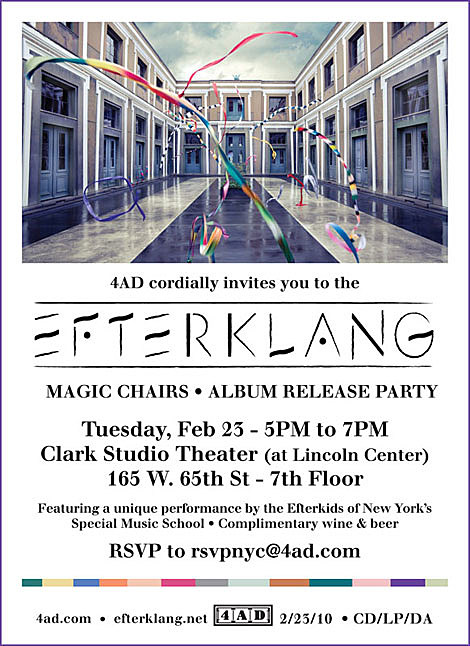 As a fund-raising effort, 4AD will be filming the performance and producing a special 4AD Session that will go live online in March. The Efterkids 4AD Session will be heavily promoted and visitors will be asked to make a donation to the Special Music School in order to view the session. Materials will also be made available for other schools to create their own performance and videos of Efterkids.

The proceeds from this campaign will go toward raising money for much need computer equipment and other supplies for the school, and in addition, 4AD will be making a donation to the school.

ABOUT PS.859 - THE SPECIAL MUSIC SCHOOL
The Special Music School (SMS) is a unique model for how publicly funded arts education can work.

SMS was founded in 1996 as a public/private partnership between the New York City Department of Education and the Kaufman Center, a not-for-profit, multi-arts organization. Its students have benefitted greatly from an integrated approach to curriculum, receiving rigorous musical training and academic guidance in a holistic context that emphasizes creative thinking and problem solving.

THE NEED FOR MUSIC EDUCATION IN SCHOOLS
Producing future generations of musicians and adults who appreciate art is vital to our social fabric.

Beyond creating art, a recent Conference Board Report revealed that 74 percent of employers agree that creativity is increasingly important in U.S. workplaces. In addition, teamwork and critical thinking ranked in the five most important skills for new workforce entrants, yet more than half of these employers stated that entrants exhibited deficiencies in these skills. Ensuring that students have the opportunity to study a musical instrument helps resolve this deficit.

As other nations have looked to the United States education system as a model, and are including arts education in their curricula, many American schools are cutting these same programs. Without music programs in our public schools our children and our culture are weakened.